Everyone agrees that Fallout games are legendary. We got so many great moments and memories from this franchise that are referenced even today. However, most of the older games released at the beginning of the century have the same problem. They are not compatible with new devices. That’s why nostalgic gamers who wanted to continue playing these games, decided to make these games playable today, with, of course, some different functions and perks. The Fallout franchise is a great example of those facts and is one of the most modded games ever. Since its release in 2008, with the help of great mods, Fallout 3 is still a very playable game today. That’s why we at Fiction Horizon decided to bring you the list of our 20 best Fallout 3 mods of all time.

Of course, we need to start with the mod that overhauled the whole Fallout 3 game. FWE improves challenge, immersion, and depth of gameplay while emphasizing balance, role play, and more. Gamebryo engine is used in probably the most successful games in the Fallout franchise – Fallout 3 and Fallout: New Vegas. But that doesn’t mean that games were flawless. They had a fair share of problems and ambiguities that only grew more with the passing years. That’s why the FWE mod is a must-install mod if you want to get back into Fallout 3. It makes the game more inclusive and playable.

As already mentioned, Fallout 3 was released in 2008, so it is not unusual for a game to be full of inconsistencies. To be completely honest, Fallout 3 is full of bugs and that is especially expressed in the new versions of the game available on Steam and GOG platforms. That’s where mods come to the rescue. Fans and modders found a way to remove these annoying bugs and made Unofficial Fallout 3 patch that after some time got outdated. Recently, modders of the original mod decided to update the mod called Updated Unofficial Fallout 3 patch and made happy a lot of Fallout 3 fans. Definitely, a mod that saved a lot of nerves.

With inconsistencies come performance issues. Old games being ported to other platforms and software, makes games go “stuttery”. Just look at the likes of GTA IV, which is probably the worst ported game in history. However, the versatility of Fallout is on display here since the game was made in a different engine. That’s where this mod comes into play and helps with game performances. Great mod to install and avoid uncomfortable and annoying crashes in the middle of important missions.

If you have Fallout 3 with all DLCs (if you don’t, what are you waiting for?), definitely consider adding this mod. Fallout 3 is a game that takes place 200 years after the Great War, in which a nuclear disaster occurred and devastated the whole United States of America. Of course, that means radiation and other dangers that are affecting the landscape and other living beings. Fallout games have a lot of dangerous beings like ghouls, enormous insects, and many more, and this mod only furthers up and adds more diverse creatures and NPCs. This is an old mod so be careful with the installation, there is a probability of a few more things getting installed for MMMF3 to work but definitely check it out.

This mod from 2009, went through a lot of upgrades. However, in 2012, a modder ceased all developments of this particular mod. But that doesn’t need to discourage you from downloading this mod. It enhances the already existing weapons of Fallout 3 and even adds more weapons to the already rich collection. Other modders from nexusmods.com are always adding something new to the mods that are outdated or just not developed anymore. Definitely check RH_Ironsight out since you probably have to find other ones to make this mod work. It’s worth it.

As the name itself suggests, this mod adds lights and FX beams to most of the street lights and signs in DC ruins, which is a place in Fallout 3. It gives a proper post-apocalyptic atmosphere that is even more expressed by the polluted fog that covers most of the United States landscape. Great mod that encouraged a lot of other modders to make more of these kinds of mods that convey a creepy atmosphere of Fallout 3. Even though it seems like the Street Lights mod isn’t that groundbreaking, it truly demonstrated problems Fallout 3 people faced.

Again, this mod obviously improves games’ textures. The author took real-life photos of terrain and added them to the Fallout 3 game and he did an amazing job. High resolutions of 2048×2048 pixels, are great for new PC monitors and make the game more beautiful. Great add-on if you want your game to look better in 2022.

This mod is legendary. Ties That Bind mod introduces you to a new companion: your sister. Companions can be very important if Fallout games. They usually help you during missions, and most of the time are really useful against enemies. They shoot, give you company, and unlock new secrets that you maybe haven’t realized yet. This mod features more than 700 lines of professionally written & voiced dialogue, enhancing and expanding the Fallout universe and experience. If you’ve beaten the game, definitely check this mod.

This mod includes a lot of different perks and add-ons to the game – from new items and new enemies to new interiors. However, it was not big as the first entry on this list but A World of Pain mod really brings a lot of great features to Fallout 3. Besides newly added stuff, already existing interiors and items get enhanced and some are even reworked a bit. What is also important to mention, is that all of these new perks are lore-friendly and it does not mess with the main story of Fallout 3, which was always the best component of all of the franchise.

Fallout games have a signature characteristic – before the games start, players need to make their character and pick their appearance. Then, you need to pick your character traits and perks that help you in surviving the post-apocalyptic reality in Fallout games. Fallout 3 is the same and this mod lets you pick more perks for your adventures. This mod has another expansion attached to it called Perk Pack 2, where the author has added new perks to the game. Really interesting addon if you already exhausted all of Fallout’s 3 main options.

Great mod for exterior and interior design of the Fallout 3 game. It adds approximately 40 new interiors and buildings to the game all over the Wasteland. Again, one of those mods that do not look important, but if you ever want to enhance your gaming experience, definitely check out this mod because it really makes the game more playable and enjoyable.

12. Fog of the Apocalypse

Every great game has great music. Fallout 3 is definitely one of them. This mod brings out more diverse songs that contribute to the games’ post-apocalyptic atmosphere. This music was inspired by the games The Last of Us, Fallout 1, Silent Hill, and The Long Dark. So if you like those games, definitely check out Capital Ruins music mod.

This one is a bit controversial. Fellout is a mod made years ago and its purpose was to remove the green “filter” which is very noticeable during Fallout 3 run. However, some fans were not very happy because, according to them, the mod ignores and disturbs the lore of the game. This is valid if you think that the Fallout 3 story is set 200 years after a nuclear bomb was thrown at the United States and the atmosphere of the game really dictates and brings the great feel of the story’s plot.

However, to other fans, that’s just nitpicking since to them, the Fallout 3 story is not affected by the mod’s changes at all. Regardless, if you’re annoyed by the color of the game and want to get rid of the green filter, just install this mod. You won’t regret it.

Lore-expanding mod that brings an insight into how famous Vault 101 works and functions. In Fallout 3, your character, the Lone Wanderer, leaves that area with the goal to find their father, so the area is not available for entering in the main game. However, this mod helps you explore how Vault 101 works after the side quest called Trouble on the Homefront. A very interesting mod that brings depth to the main game and helps the players to make sense of everything that happened until that point in-game. Great bonus mission.

This mod is definitely one of the best mods Fallout 3 ever got. It enhanced Fallout humans really well and helped the game’s animations to be much better. The mod is unfortunately discontinued but there is always an addon for this mod from other authors. So, if you want to improve your action sequences during fights and skirmishes with other characters in Fallout 3, definitely try this mod out.

Another aesthetic mod that helps greatly in Fallout’s sometimes dodgy looks. Don’t get me wrong, this is a great game and it holds up well even today, but more in terms of story and the legendary innovations this game brought. Games’ NPCs definitely needed more work and this mod helped the character’s aesthetics so much. This author redesigned NPC’s facial structures to make them look more realistic and to better fit their personality. Awkward skin tones and dodgy facial structures, after installation of this mod, are the stuff of the past.

Weapons in Fallout 3 are really important. Of course, Fallout 3 modders made hundreds of different mods to enhance the looks and functions of all Fallout 3 weapons. That is why this mod truly stood out from the rest. Great mod that gives high resolutions to weapons like Hunting Rifles, 10mm Pistol SMGs, Laserpistols, .44 Magnums, Plasmarifle and so many more.

As mentioned before, Downtown DC waste is a place in Fallout 3 Wasteland, where the White House and the rest of the downtown district of Washington lies. It is in really bad shape and Fallout 3 does a great job of displaying how the nuclear bomb really destroyed everything in its wake. This mod, however, makes it even more realistic. Great mod that exhibits the ruins of DC District even more.

For the end of this list, we chose the Fallout Interoperability Program mod which is a joined effort by multiple modders to fix any inconsistencies with other mods and improve compatibility between many of Fallout’s major mods. Great mod that fixes a lot of problems a player meets during installing multiple mods in Fallout 3.

This is it. For now, hopefully, we brought the best of the best from thousands of Fallout 3 mods. We could’ve made a ranked list of the mods but it would do a great injustice to other mods that made Fallout 3 still very much playable, even in 2022. 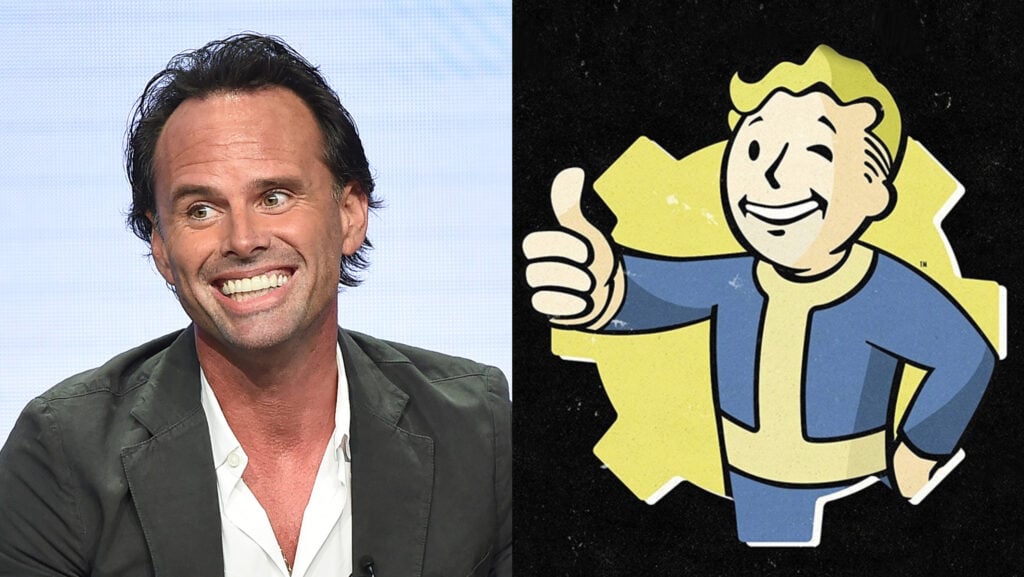 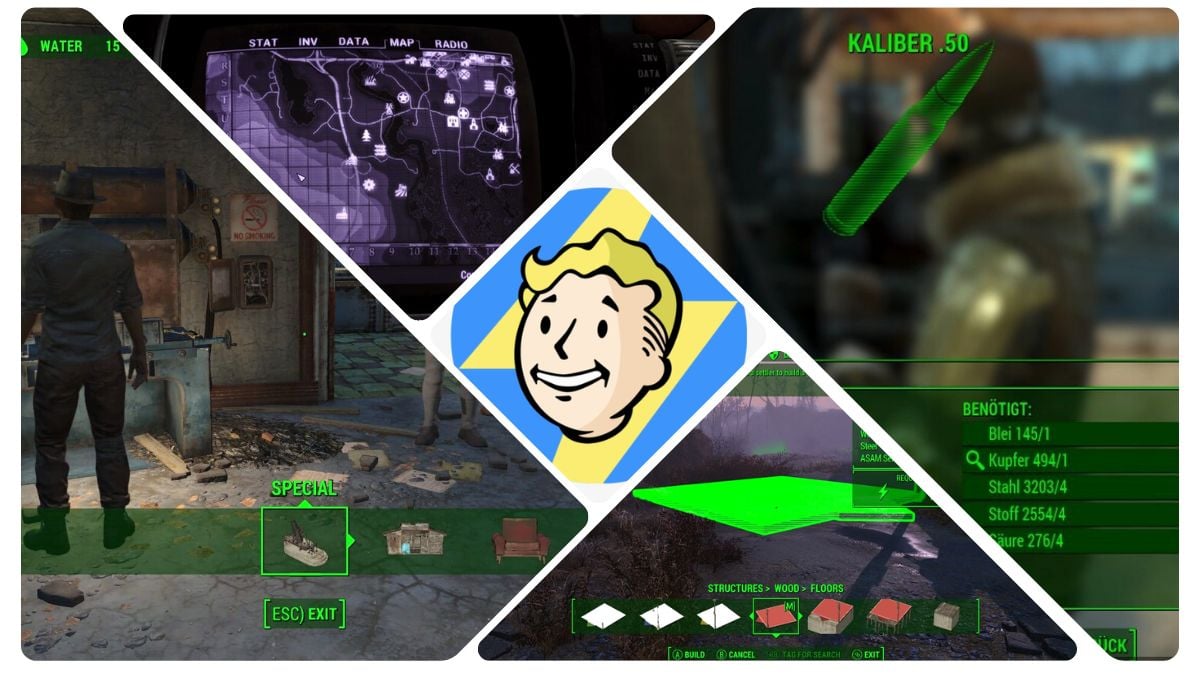 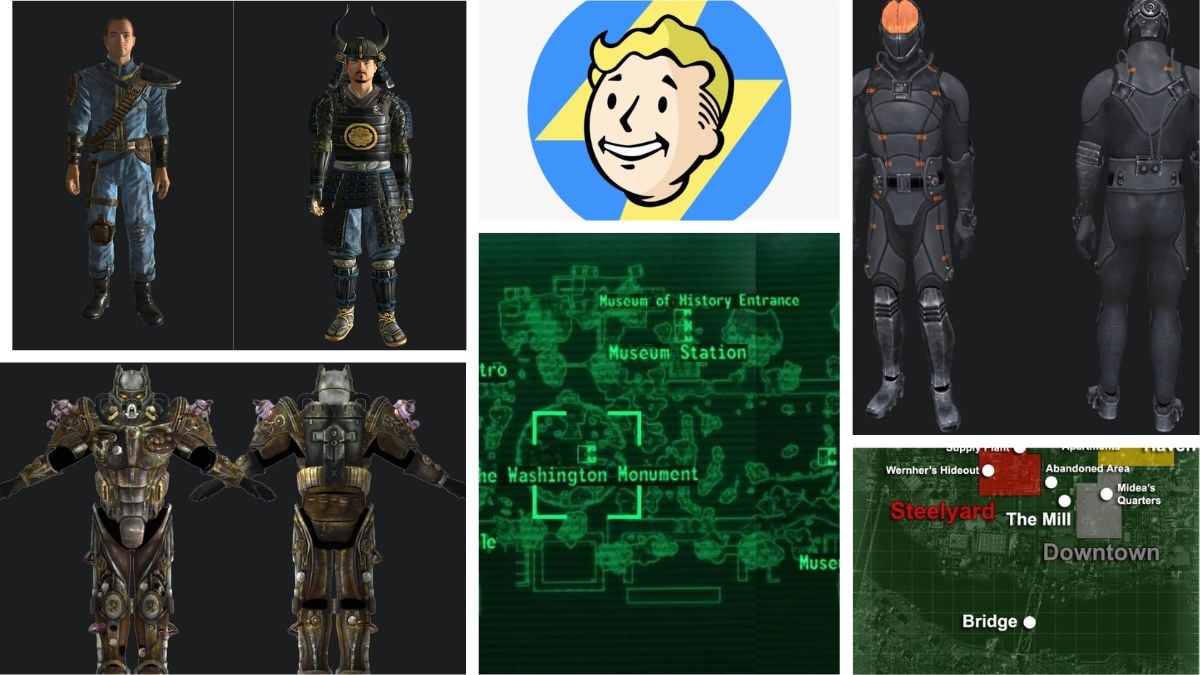