Blue Period started as a manga on June 24, 2017. Since then, 11 volumes of the manga have been published and the story is still ongoing. The numbers are great and the manga has received praise from both Japanese and Western critics. An anime adaptation premiered on October 2, 2021 and while we still don’t have any news on a second season, it is highly likely that Blue Period is going to return. Now, while we wait for that, we can discuss the series and its meaning, while also telling you what it is about.

Blue Period is a manga series that focuses on painting, which also explains its title. Namely, the title is a reference to the so-called “Blue Period” of Pablo Picasso, a period between 1901 and 1904 when he painted essentially monochromatic paintings in shades of blue and blue-green, only occasionally warmed by other colors.

In this article, we are going to give you the full context of this manga’s setting. You’re going to find out the details behind the meaning of the title, Blue Period, as well as give you some insight into the plot of the series, so that you can see how the plot is connected to the title and the history the title references.

Table of Contents show
The meaning of “Blue Period”
What is Blue Period about?

The meaning of “Blue Period”

As said, since Blue Period is a work on painting and art, the title is actually an artistic reference. What it refers to is the so-called “Blue Period” in the work of Pablo Picasso, the famous Spanish cubist. In this section, we are going to tell you what the Blue Period was.

The blue period is an important period in the artistic production of Pablo Picasso, occurring between 1901 and 1904. It takes its name from the dominant hue of the paintings painted by the young artist, then barely 20 years old. It constitutes the first of the ten or so stylistic variations that Picasso’s artistic production will experience; it precedes his pink period (1904-1906).

In June 1901, Pablo Picasso was exhibited for the first time at the art dealer Ambroise Vollard. It presents paintings in bright colors, which are part of the post-impressionist movement of the time. However, during the summer, blue gradually made its appearance on the artist’s canvases. The choice of this cold color, often accompanied by dark tints, is a reaction of the artist to the tragic death of his friend Carlos Casagemas, who committed suicide out of spite, due to a sad love story, in February 1901.

It is also supposed that faced with the success of post-impressionism, he would have chosen to get rid of it by choosing a more radical direction. This color can finally be considered as sort of a challenge to artists, such as Toulouse-Lautrec or Christian Steinlen who then influenced his plastic work. Steinlen also represents the nightlife of the marginalized people under the artificial and bluish light of electric lights.

The Death of Casagemas, completed shortly after the suicide of his friend, will be the last painting of the period produced in warm and luminous hues. Casagemas in His Coffin, painted at the end of the year, is considered the first work of the Blue Period. Picasso then fell into depression. He moved to Montmartre in 1900, alongside many compatriots, forming a “Spanish colony”, and lived in precarious conditions.

To this is added the uprooting from his native country: this situation inspired him with a lot of melancholy and nostalgia. The artist will then multiply the references to the great artists and the culture of his country.

In 1901, he met Doctor Louis Jullien, a specialist in venereal diseases, at the Saint-Lazare women’s prison hospital in Paris. The doctor grants Pablo Picasso the right to visit the prisoners in the context of his work; he thus begins a series of canvases with the prison world as a setting. Most of the works tend to sanctify the female figure, comparable to a Madonna or a Virgin and Child.

Indeed, female prisoners, most of whom were prostitutes, were allowed to live with their children in the prison. At the same time, Picasso also moved towards new subjects, such as the poor or the socially excluded, always accentuated by blue and dark hues. The critics and the public, who had nevertheless welcomed him on his arrival in Paris, turned away from his works.

It was in 1902 that he presented his blue canvases for the first time, during an exhibition at Berthe Weill. This is the first time that he has sold works in France. His meeting with Fernande Olivier in 1904 marked a turning point in his life: she became his companion and his muse. At the same time, Pablo Picasso befriended many artists in the Montmartre district, leading a life of travels, meetings, and parties where he attended performances by acrobats and acrobats.

This new life, more carefree and joyful, had an impact on his work. Gradually, the subjects kept evolving, giving way to the figure of the disguised actor. The blue tints will gradually fade away in favor of pink tones; this was also the beginning of the pink period.

To summarize, the blue period is marked by the themes of death, melancholy, misery, old age, poverty, and death. His canvases are monochrome, simple and austere in composition, devoid of spatial landmarks and imbued with symbolism. His mannerist and miserable canvases evoke the realistic painting of the Spanish Golden Age.

In particular, we can see the influence of El Greco, notably in his Self-portrait or Two Sisters (The Interview). Pablo Picasso was also inspired by religious art, evoking representations of the Virgin Mary and the ascetic figures of medieval mourners. His painting La Célestine (Woman with a Pillowcase), produced in 1904, represents an eponymous character created by the Spanish writer Fernando de Rojas.

What is Blue Period about?

Now that you know what lies behind the title of the manga and anime, we can give you a brief overview of the plot. Now, Blue Period is not an anime focusing on adventure, so the story is quite straightforward. The daily struggles of the characters aren’t something that should be discussed in detail, so we won’t give you a lot of spoilers here. What follows is just a rough outline of the plot.

High school student Yatora Yaguchi is a good student and spends his evenings with his buddies in Shibuya and watching soccer. But he doesn’t know what to do with his life after school. Out of interest, he gets involved in an art class assignment and is unexpectedly praised by his teachers, but also by his friends. He then decides to increase his activities in the art club of his school.

Further contacts with the art club make Yatora become more interested in art in general, and he eventually decides to join the club. For the first time in his life, he develops an enthusiasm for something, and, seeing how good the others in the club are, he decides he wants to get even better. He talks to the others about which art school he could go to after high school, but then he finds out how difficult the exams are and how tough the competition is.

Since his parents cannot afford tuition for him, Yatora can only apply for the state Tōkyō Geijutsu Daigaku (English: Tokyo University of the Arts). During the holidays he diligently completes all the tasks assigned to him by the head of the club and with excellent results. Together with Yuka, a fellow art-club member who struggles with their own sexuality and is on his level, he then attends a preparatory school for the art college exams in the winter and meets many talented young people there who have the same goal as him for the first time. 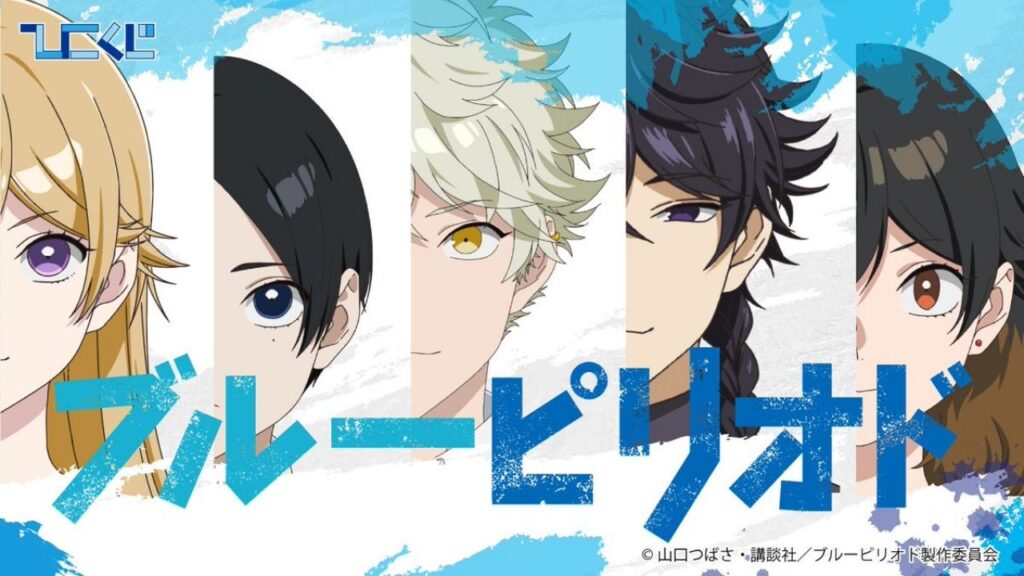