Gon Freecs and Killua Zoldyck are the two protagonists of the Hunter × Hunter manga and anime. They are the best of friends and are among the more powerful characters in the franchise. Still, despite their friendship and the fact that they would probably never end up fighting each other, it would be interesting to compare them and their powers, which is what we have decided to do in this article. We are going to compare Gon and Killua to determine who would win in a direct clash.

Gon and Killua are best friends and the protagonists of Hunter × Hunter. The two of them are very similar in a lot of ways and it is very difficult to determine the stronger character in this case. Still, Gon seems to be the more likely winner here due to the versatility of his skills and the fact that he is a typical shonen protagonist, which gives him the upper hand over most other characters.

The rest of this article will further elaborate on the above-given answer, as we are going to compare Gon and Killua in more detail. Through several categories, you are going to see who the stronger of the two is and why our answer is like it is, i.e., why Gon would, according to our analysis, be able to defeat Killua.

At the beginning of the series, Gon had a fishing rod that he could swing with unnerving precision, even going so far as to take Hisoka’s tag from afar while the latter moved at high speed. The fishing rod can also be used as an offensive weapon if the situation calls for it. During the Hunter Exam, Gon was often praised for his powers of observation and agility.

In battle, he quickly thinks of alternative solutions and strategies. As an Enhancer, he should be fairly balanced between attack and defense, but he prefers to go on the offensive, as his stubbornness tends to come out during combat. Because of this, he sometimes attacks recklessly, but at the same time he doesn’t give up until he can’t move anymore.

He is highly skilled in hand-to-hand combat having been trained in the fundamentals of Shingen-Ryu Kung-fu by Biscuit Krueger, as well as through natural experience. Rage greatly enhances his abilities, especially by increasing his already remarkable aura. The most notable characteristic of him, however, is the sinister, bottomless potential with which he is endowed.

Many powerful characters like Hisoka, Wing, Biscuit, and Razor were stunned when they realized the full extent of Gon’s talent, which is often described as limitless. This allows him to learn extremely quickly, and that’s especially true in the field of Nen, with abilities like his being very rare. Even before learning it he managed to use Zetsu on one occasion.

At the beginning of the series, Killua didn’t hesitate for a second to kill, but after the meeting with Gon, this tendency died down; still, he is not afraid to resort to extreme means, when circumstances demand it. Like his friend Gon, Killua has an amazing natural talent that allows him to learn at an incredibly fast and seemingly endless rate, a trait that piqued Hisoka’s interest.

His potential extends to Nen as well, as Wing and Bisky pointed out. Although he primarily fights with his bare hands, Killua is capable of using any type of weapon, but the only one he constantly employs is his two custom-made yo-yos. During the chimera ant arc, he was so confident in his strength that he stated that tanks and fighter planes would be useless against him.

Killua’s main weakness used to be an inferiority complex that paralyzed him with fear and prevented him from fighting opponents who might pose a threat to him, though his overall strength was less than his. Though originally believed to be a product of his training, it was later revealed that it was actually due to a Nen-impregnated needle that Illumi had implanted into his brain.

Eliminating him caused Killua to snap free of his brother’s conditioning, thus regaining full control of his mental abilities in battle. This also had the effect of making his movements better overall, increasing his speed.

It seems that Gon wins this one. Namely, while the two of them do have a similar set of basic skills, Killua’s weakness is something that Gon could use to his advantage in a battle, which is why he wins this point.

Gon possesses very acute senses, especially smell and hearing. Gon has a very advanced sense of smell, which led him to be compared to a dog. Another distinctive trait of animals is their evolved instinct. Gon has great strength as he was able to open the first entrance of the test gate that weighs 2 tons before learning Nen.

He can also break rock and incapacitate skilled warriors by pushing his hand. It is unknown how much he can push after learning Nen. However, he managed to defeat Nobunaga in arm wrestling. When he transforms, he is able to launch Neferpitou so high into the air that he was nearly invisible from the ground.

During the first few chapters of the series, Gon demonstrated an unusual ability to recover from injuries that according to doctors should heal within 4 months. This is something that surprises Killua himself, who also has a remarkable healing factor.

Killua has shown his strength on many different occasions. Before he learned about Nen, he is able to open a 16-ton door and after learning it, he opened almost around 64 tons. He can also lift rocks several times his size with ease. Killua is very proficient at hiding and espionage. Senritsu, a hunter famous for her hearing, has said that she can barely hear Killua’s footsteps even when he is walking beside her.

He chased Nobunaga and Machi around a city without being discovered by either of them (although they clearly sensed his presence). Killua managed to detect Meleoron’s presence, despite the fact that the latter was specialized in erasing it.

In this category, Killua seems to be the better one, as his physical powers were on a higher level than Gon’s before learning Nen. This is why this point goes to Killua.

Gon has been shown to possess great speed on par with Killua’s (when not using Nen) and has shown great reflexes reacting to the slightest amount of danger quickly. With his speed and agility, he can create various afterimages of himself and disappear from sight. Gon is very agile, as he can attack from any position. His quickness is mainly used to dodge enemy attacks and react immediately after being hit.

RELATED: Why Are We Still Not Getting Hunter x Hunter Season 7 and Will It Ever Happen?

Killua has shown that he possesses great speed on par with Gon (when Killua is not using Nen) and has shown great reflexes by reacting to the slightest amount of danger quickly. With his speed and agility, he can create various afterimages of himself and disappear from sight.

From what we were able to gather, Gon and Killua are completely identical in this category. Both are extremely fast and agile, and are roughly on the same level, which is why we decided to split the points.

Gon is an Enhancer, which gives him his great strength and recovery abilities. A natural Zetsu user, Gon has the talent of one in a million. Although described by Kaito as “starting slow”, Gon’s main strength in battle is his ability to increase the size of his aura during a confrontation. This process is completely unconscious and highly dependent on one’s mental state.

For example, when he and Killua prepare to fight Neferupito in the palace of the Kimera Ants, Killua stated that he had never seen his friend exude such a strong aura. Determination and Anger, in particular, give him incredible power bonuses. While Killua is generally considered to have the better control of his aura of the two, Gon is often admired by his enemies and allies for a large amount of aura he can unleash.

As a Transformation Nen user, Killua is most effective in changing the form of his Nen. As such, Killua develops a Hatsu, in which he transforms his aura into electricity. This feat was inspired and made possible by the years of electric shocks he received as a child, as training against torture, and as punishment by his older brother, Miruki Zoldik. To use this ability, Killua must charge himself by absorbing electricity through a power outlet.

And while both Gon and Killua are powerful Nen users, it seems that Gon has a more versatile skill set and is the more powerful one. This is why we give this final point to Gon.

Gon vs. Killua: Who would win?

And now for the most important and interesting section of our article – the analysis. Here, we are going to use what we have found out about these two characters and analyze how all these facts would (or would not) help them in a fight against each other. Let us continue.

The points are in and they illustrate what we’ve said at the beginning of our text. For the most part, Gon and Killua are pretty much identical, but we do think that Gon would ultimately defeat Killua in a one-on-one fight. It wouldn’t be a clear victory, far from it, but Gon would ultimately use the versatility of his skills to outmatch Killua.

There is also the fact that Gon is a shonen protagonist, which means that he will have that certain something that would lift him up in the final moments of a fight and bring him victory. Unfair? A bit, but it’s how shonen works and it’s why we love the genre so much. 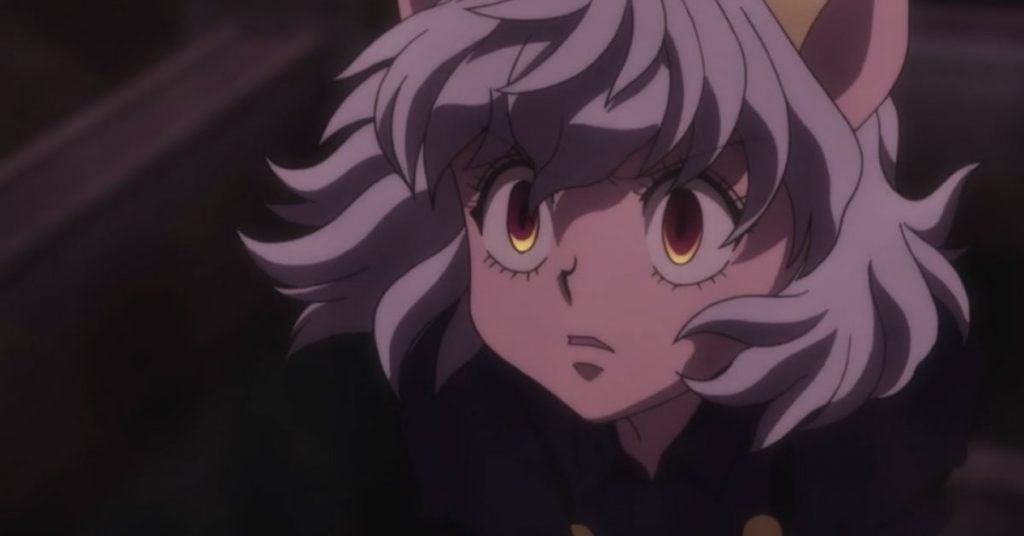 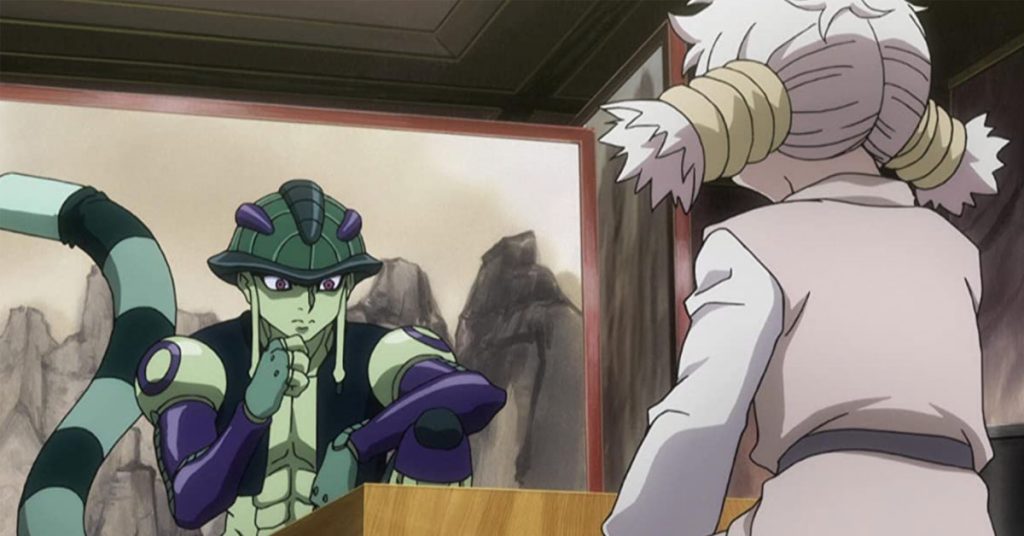 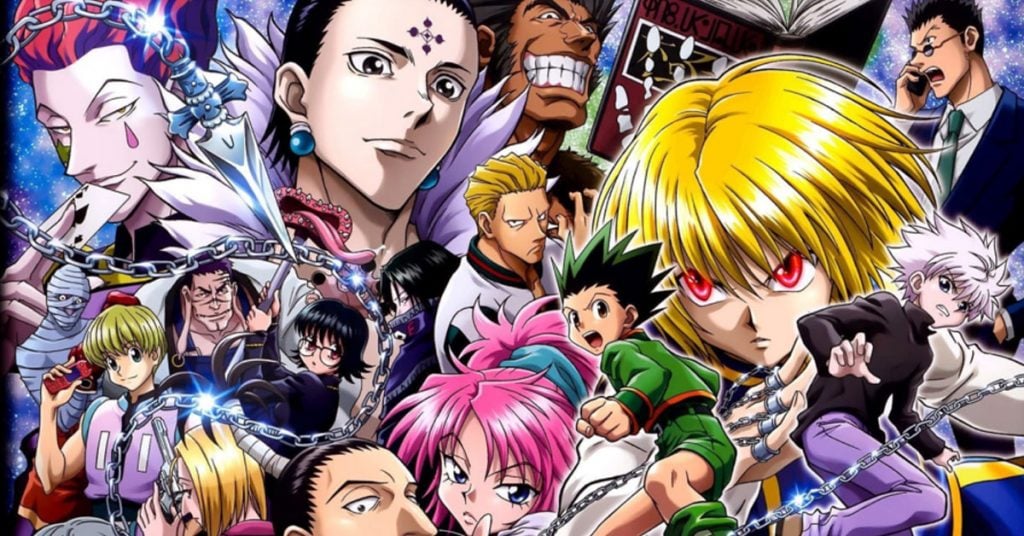