When the show premiered on March 10, 2022, most people didn’t really think that Kotaro Lives Alone would become the hottest anime at the time. Kotaro Lives Alone truly does tell a wonderful and strangely unique story that has rightfully captured the hearts of millions of fans around the world. In this article, we are going to focus on one specific aspect of the anime series – its music. You are going to find out about the show’s opening theme, ending theme, and the soundtrac.

The opening song for Kotaro Lives Alone is the song “Hoshi no Runway”, performed by KOCHO. KOCHO is a Japanese singer and lyricist. Born in Oita prefecture, she graduated from Ferris University, Faculty of Music. She has other names such as Marie Kocho and Sara. She is a member of the Japan Lyricists Association. She is a regular member of the Japanese Society for Rights of Authors of Music.

From the age of 6 to her college entrance, she belongs to the Angels Children’s Choir in the Oita Prefecture. She graduated from Ferris University, Faculty of Music, Department of Music and Arts. While she was in school, she made her debut as a vocalist in charge of the insert song for the TV anime Birdy the Mighty DECODE (2008), composed by Yugo Kanno.

After that, she participated in the music of many video works such as TV dramas, animations, and commercials. In 2016, she wrote the lyrics for the TV anime NEW GAME!, the OP “SAKURA Skip”. In 2016, she was in charge of singing Nitori’s CM “Randoseru 2016 Naughty Group”. In December 2017, she released the insert song “Kimi no Mikoto”, which was in charge of singing in the fifth episode of the TV anime The Ancient Magus’ Bride, as “The Ancient Magus’ Bride Original Soundtrack”.

In 2018, she was in charge of singing the main theme of the drama Unnatural and the insert song “Catalsis”, and the soundtrack CD was released in March. She sang and wrote the opening theme “Brand new sky” for PS4 / PS Vita Jikkyou Powerful Professional Baseball. She is in charge of singing the CM theme song “Thest” for the smartphone game F-ate / Grand Order” Main Quest Part 2 Chapter 3 “Lostbelt No.3 Human Intelligence Integration Shinkoku SIN Beni no Tsukishita Bijin.

The ending song for Kotaru Lives Alone is “Chiisana Te no Hira”, performed by Japanese musician Kotoringo. Rieko Miyoshi, better known by her stage name Kotringo (コトリンゴ), is a Japanese J-pop singer-songwriter and pianist. In 2005, she sent a demo tape to Ryuichi Sakamoto’s “Radio Sakamoto” Audition Corner and piqued Sakamoto’s interest. In November 2006, she released her first single.

Kotringo was born in Osaka on July 17, 1978. She later moved west to Fukuoka and then back east to Nagoya after finishing her fifth year of elementary school. Kotringo began playing the piano at the age of five and composing music at the age of seven. The first song she wrote was called “A Kitten’s Nap” (子猫のひるね; Koneko no Hiru Ne).

After graduating from high school, Kotringo attended Koyo Music School in Kobe. In 1999, she was accepted to Berklee College of Music, where she studied jazz composition and performance.

At Berklee, Kotringo received numerous awards, including the piano department’s Achievement Award. During this time, she participated in the recording of the album “Finder’s Keepers” with the Contemporary Jazz Big Band under the direction of Michael MacAllister, a classmate, accomplished guitarist and recipient of numerous awards, including the ASCAP Foundation Young Composer Award.

Kotringo performed for three years as an accompanist for the vocal department at Berklee and as a pianist for a church in Boston. After graduating in 2003, she moved to New York and performed for a year at Detour, Garage, Kaveha’s and St. Nicks.

In the fall of 2005, Kotringo began working on finding a way to express her own music using her voice, her piano, and her MacBook. The following March, a composition she sent to Ryuichi Sakamoto’s “Radio Sakamoto” Audition Corner (broadcast on J- WAVE, a Tokyo-based FM station covering the Kanto region) caught Sakamoto’s attention.

Later, a second single she submitted to the broadcast, “Nichiyo Machi” (Waiting for a Sunday), was aired. These events led her to participate in the LOHAS Classical Concert produced by Ryuichi Sakamoto in Kyoto in June 2006.

In November of the same year, she debuted with the release of her first single, the Ryuichi Sakamoto-produced Konnichiwa, Mata Ashita, a promotional song for the Gekkeikan Company’s “Tsuki” commercial.

Sakamoto was impressed by Kotringo’s multitude of talents: the originality of the composition, the excellence of her performance on the piano, her pure and virginal singing voice, coupled with electronic sounds, all led to the effect of visual images coming to life from the pages of a musical score as if one were looking at a picture book.

The name “Kotringo” is a combination of the Japanese words for small birds (kotori) and apple (ringo). The name comes from the fact that Kotringo always had a bird as a pet since she was a child, and because she ate an apple every day. The computer she uses to compose music has a similar brand name.

Unfortunately, since the show is still relatively new, we don’t have any information on the soundtrack, save for the fact that it was composed by Yūya Mori. We are certainly going to update this section once more information about the soundtrack becomes available. 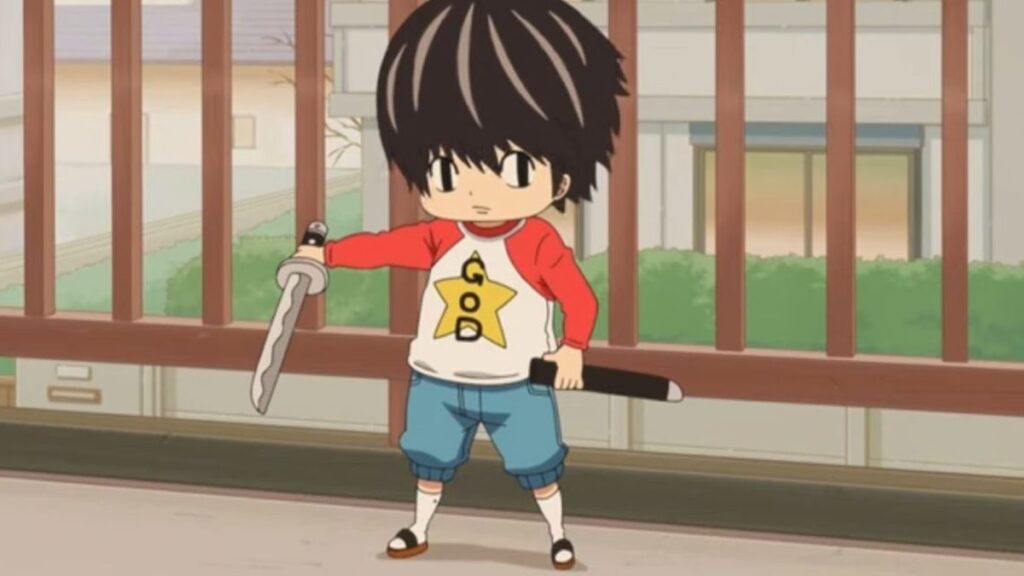 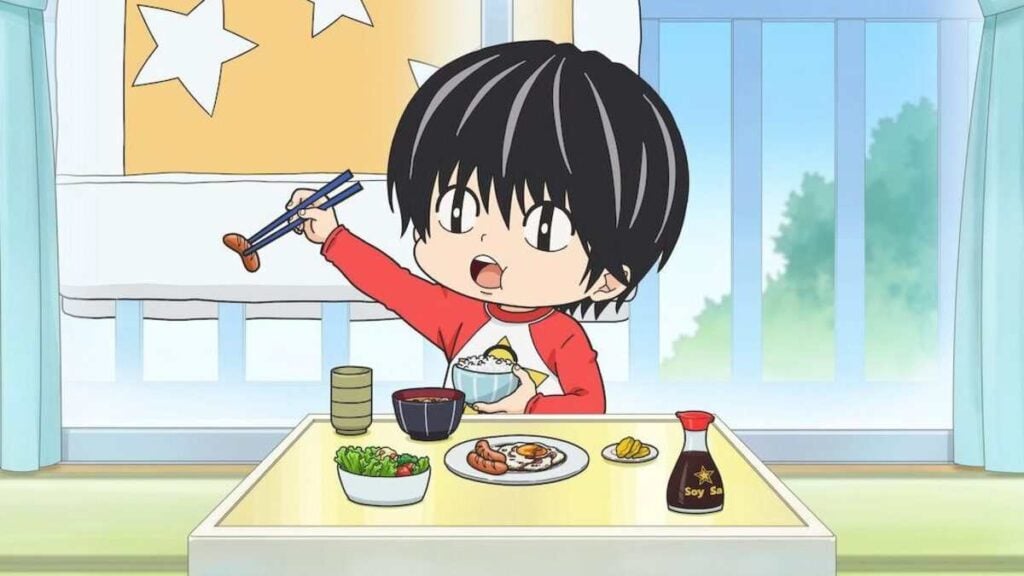 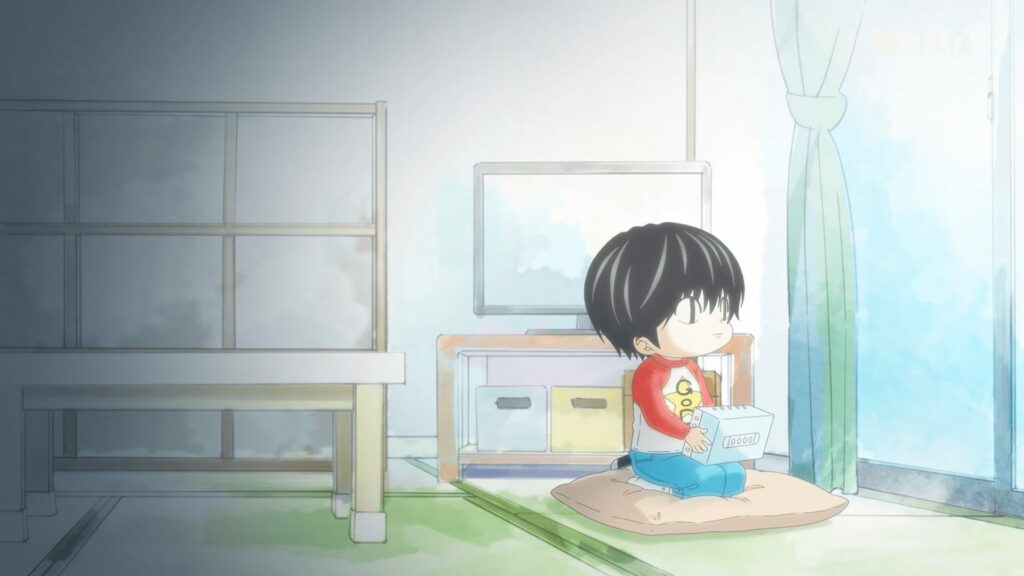