Date A Live or DAL is a light novel series written by Kōshi Tachibana and illustrated by Tsunako. It has been published in Dragon Magazine since 2011. To date, there are twenty-two main volumes and eleven sub-volumes, titled Date A Live Encore, that have been released. Date A Live has provided us with a lot of interesting characters and one of them is definitely the enigmatic Mio Takamiya. In this article, we are going to give you a detailed insight into the character of Mio Takamiya.

Mio Takamiya, also known as the First Spirit or also the Spirit of Origin, is the first Spirit who appeared on Earth. Thirty years before the main story, she was born through the Spirit Formula ritual by Isaac Ray Peram Westcott, Ellen Mira Mathers, and Elliot Baldwin Woodman. Her birth caused the first and largest space earthquake in the history of mankind, killing 150 million people.

The rest of this article is going to be dedicated to Mio Takamiya. You’re going to find out about her origins and her story in general, her powers and abilities, her personality and several other things that might interest you. Mio Takamiya is a very intriguing character and we are going try to give you the best go-to guide about her.

The First Spirit was the first Spirit to appear on Earth. Thirty years before the events of Date A Live began, she was summoned into the world by Sir Isaac Ray Pelham Westcott, Ellen Mira Mathers and Elliot Baldwin Woodman in unknown ways. However, her arrival also caused the first spacequake in history on the border between China and Mongolia, killing more than 150 million people and starting a chain of similar disasters around the world that would last about six months.

For much of the series, Kurumi has been in pursuit of Nia for allegedly possessing information about the First Spirit. When the two spirits finally met during Date A Live: Volume 13, Kurumi asked for information on when the First Spirit appeared, why she appeared, and her power, which Nia gave by using her Angel, Rasiel.

As the original Spirit, Mio is the primordial Spirit responsible for creating other Spirits. His power is immense, with many characters noting that his full might is equivalent to a god. It should be noted that the only times she was harmed were by other characters using powers derived from hers. She was able to easily defeat all other Spirits in their Limited Release Astral Robes, as well as an entire armada of Wizards and Airships on her own.

In fact, when Nia told Kurumi about her powers, she even had to admit that she could never kill her on her own. Unlike the other Spirits, Mio possesses not one but three angels. His angels allow him to destroy everything and warp reality to his liking, thus making various characters notice that the level of his power is akin to that of a god.

As she summons her angels, the other Spirits are overwhelmed by an unprecedented sense of dread, their instincts telling them not to fight her. Mio was even able to divide her power between ten Qlipha Crystals, which she then purified into Sephira Crystals by passing them through sacrificial hosts and assigning them to her chosen ones within humanity.

As the source of all other spirits’ power, Mio holds a degree of authority in regulating the distribution of power between each spirit. For example, she was able to prevent Tohka from fully regaining her powers from Shido. Her Astral Dress can produce beams of light that can instantly remove the Sephira Crystal from any spirit they pierce without causing injury.

On the other end of the spectrum, she was also able to empower the ten Spirits, giving them access to their entire Astral Dress, though their powers were still sealed within Shido. When creating the Sephira Crystals, Mio separated and condensed part of the Reiryoku. Along with her power, the Sephira Crystal also exuded some of her emotions, with the color being determined by which feeling was strongest when it was created.

However, Mio herself notes that her power is limited and that there was a limit to the number of Sephira Crystals she could create. Since Sephira’s crystals are intrinsically linked to her existence, they will disappear after her death. As the creator of all other spirits, Mio has shown abilities remarkably similar to theirs.

Similar to Origami, she can shoot beams of light, control their direction, and even teleport. Similar to Kurumi, she can even create an exact clone of herself that helps break down her tasks.

Finally, she was shown to have the common ability to steal spirits and create an Astral Dress. Her Astral Dress is so strong that she can stop attacks before they even hit her, and Tohka only managed to pierce it when she drew inspiration from the powers of all the other Spirits, including Mio herself. Mio also has abilities that seem to be totally unique to herself.

She can manipulate memories, whether sealing them in dark encounters with her Phantom alter ego or restoring them like she did with Shido and Mana’s past lives, which the former was not. able to do it himself, even with Michael. She can heal another person’s wounds with her spiritual power. Conversely, she also applied this ability to herself, instantly recovering from damage taken from Tohka with a wave of her hand.

However, his ability to heal only serves to relieve injuries sustained. Similar to the fourth bullet in Kurumi: Dalet, lives already lost cannot be restored. However, perhaps Mio’s most unique ability is to resurrect a person by imbuing herself with them. By kissing a deceased person, Mio can absorb that person into herself and place them in her womb.

Then she can give birth and revive the deceased as a newborn. Throughout this process, Mio is also able to grant the person in question the restoration of certain powers. Along with all of her abilities as a Spirit, Mio has also displayed an otherworldly level of intelligence. While her vocabulary was initially at the level of a baby, she was able to learn to speak Japanese fluently in an incredibly short time by exposing herself to various types of media.

When she first appeared in this world, Mio had the mentality of a child. However, through various exposures to different forms of media, she quickly gains self-awareness and intellect at an incredible rate. Her relationship with Shinji (aka Shido Itsuka) also gave her key insight into the concept of love.

However, after Shinji is taken down by Westcott, Mio’s personality transforms into an extremely pushy and to some extent ruthless goal, sacrificing countless humans to purify Sephira Crystals if she wished to give Shinji her powers. However, his morality has not completely disappeared.

She willingly saved Kurumi despite being a complete stranger at the time and sincerely asked for his forgiveness after revealing the truth about the Spirits to him. Also, at the time when she teamed up with Kurumi to hunt the spirits, Mio’s demeanor was described as being very melancholy, always having a melancholic expression on her face.

Mio’s death is connected to Ain, an angel of the void without physical form. Described as Mio’s trump card, she instantly illuminates the entire world with light before erasing anyone or anything she desires from reality. The blinding light makes him impossible to see, but he is presumed to be shaped like a seed like his Demon King counterpart Qemetiel.

Qemetiel is the evil counterpart to Ain, as he can summon a demonic void without a physical form capable of illuminating the entire world with darkness, instead of light, before erasing whomever or whatever he desires from reality, just like Ain. After his power was destabilized by Shido, Mio was scared that this Demon King would cause destruction well beyond even the Eurasian Sky Disaster if left to roam free. She then went after him. Upon clashing with Mio’s Ain, the ensuing backlash was reduced to a minimum, but it was still enough to kill both Westcott and Mio, their respective embodiments.

And this is the story of Mio’s death in the Date A Live series. Since Westcott also died along with her, the series’ two main villains both perished at the same time. 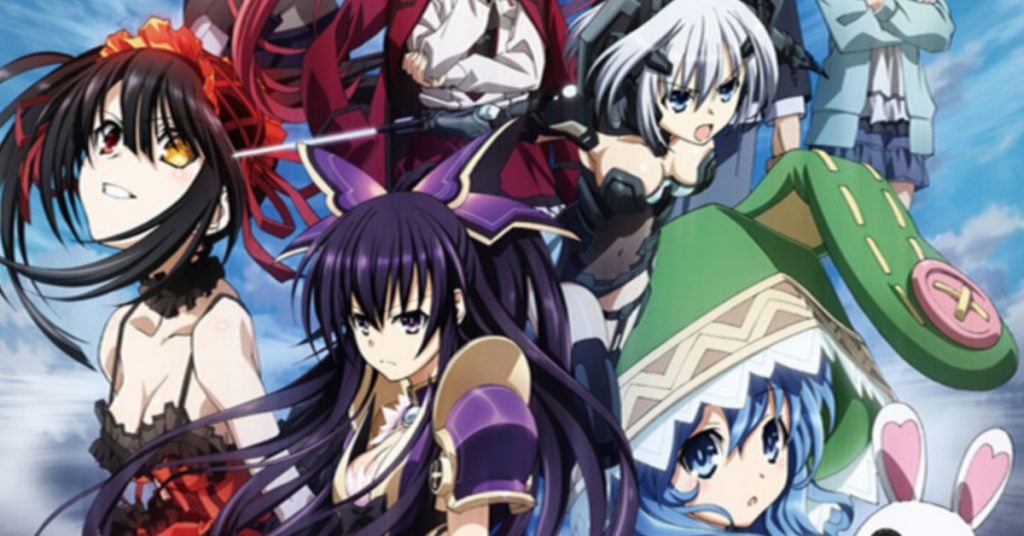 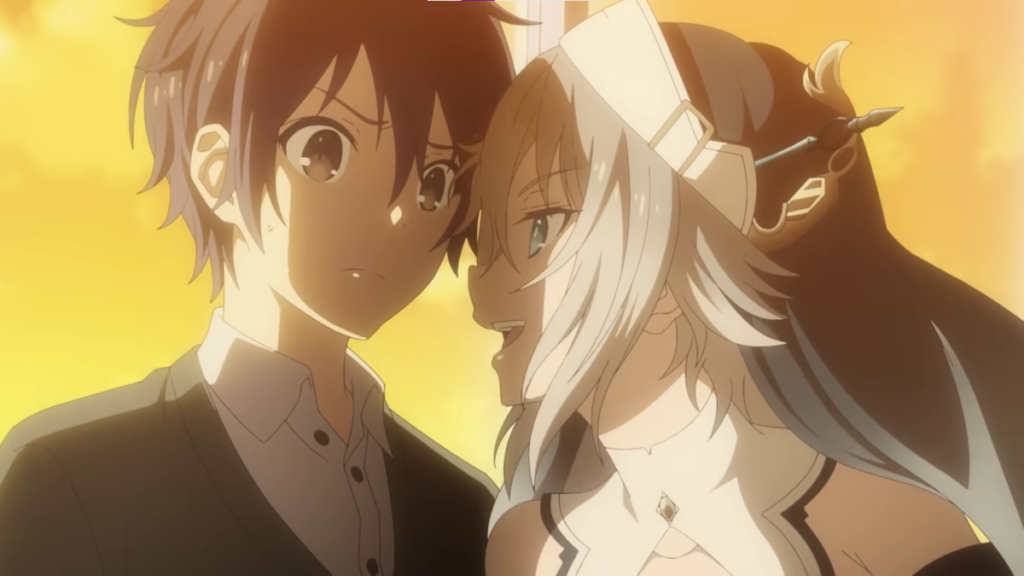 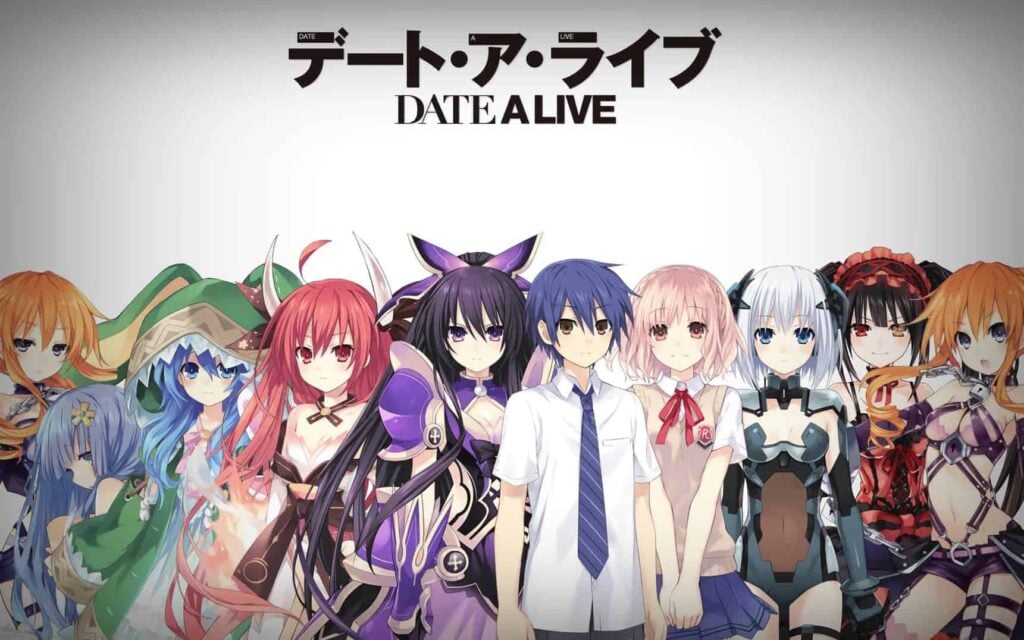