Japanese television has given us some truly memorable works and characters. And while most of them are animated, there are also those that appeared in a live-action format. One of them is, of course, Ultraman, one of Japan’s best-known superheroes, while the other is Godzilla, the star of kaiju movies. In this article, we are going to tell you who would win a fight between Ultraman and Godzilla.

Although Ultraman has fought and defeated opponents that are similar to Godzilla, Godzilla’s power level – especially in the newer iterations – is so much higher than Ultraman’s that the latter would end up losing the fight in a matter of minutes. Godzilla is a true kaiju in every sense of the word and could defeat Ultraman with relative ease.

The rest of this article will further elaborate on the above-given answer, as we are going to compare Ultraman and Godzilla in more detail. Through several categories, you are going to see who the stronger of the two is and why our answer is like it is, i.e., why Godzilla would ultimately be able to defeat Ultraman in a direct one-on-one clash.

Table of Contents show
Strength and fighting skills
Rays
Speed
Other
Ultraman vs. Godzilla: Who wins?

Ultraman’s fighting technique was usually based on brute force, fighting his opponents in close combat and then finishing them off with his ray attacks. In the midst of combat, he would sometimes employ various abilities that would either aid him in battle or neutralize dangerous situations involving the SSSP. His skin possessed a natural protection against extreme heat, electricity, and nuclear blasts.

Ultraman also uses the Ultra Slash, an attack with an energy projectile saw disk fired from Ultraman’s right arm in the manner of a flying disk. It is mainly used to slice an opponent, usually cutting them in half. Like the Specium Ray (see below), it had its own weakness. Certain enemies, such as Gubilaor Kiyla, were able to intercept the disk just before it hit and throw it back at the Ultra Warrior.

Godzilla has been shown to possess incredible levels of physical strength. He has raised and thrown monsters that far exceed his size (such as King Ghidorah, Hedorah, Mechagodzilla, etc.). Even in Final Wars, he was able to throw Kumonga over the horizon. Godzilla was also able to comically practice martial arts during the Shōwa series or move very fast, despite his size (such as in Zone Fighter).

In the Millennium series, he has been able to rise above the air. He has shown that he possesses powerful jaws, teeth, and claws in all of his appearances, though his strength varies in each one. In Final Wars, it was seen that he possesses enough physical strength to fight against all the other kaiju that exist on Earth and defeat them with ease as he walked or swam across the planet without stopping.

Knowing that both can lift around 200,000 tons, it is truly difficult to determine who the stronger one is. Ultraman is a better fighter, but we still think that Godzilla would win in terms of brute force. This is why we have decided to share the points in this one.

Ultraman’s signature attack is the Specium Ray, in which his forearms assume a crossed stance with the left arm horizontal and extended forward, while the right arm is vertical and extended backward, reflecting a shuriken. This finisher hurls a white beam of energy composed of an alien mineral called Specium, which can be found on Mars.

When his arms are in the “+” position, his right hand emits negative Specium, and his left arm emits positive Specium, creating a beam of destruction with a heat of 500,000 degrees and a power of 500,000 horsepower. The mineral itself is the main weakness of Alien Baltan, one of Ultraman’s adversaries, and is often used to defeat other monsters of the week.

However, Specium also has a counterpart, Spellgen, which was used by the second-generation Alien Baltan to counter the Specium beam, after which Ultraman cut the alien in half with the Ultra Slash attack. It has been shown that certain monsters in the series are resistant to the Specium Ray and require more than one shot to be killed.

Godzilla’s main attack is his radioactive atomic breath. His dorsal plates begin to glow, then dim as he releases a powerful beam of nuclear energy from his mouth. The color of the lightning is orange. Previously it was seen as an incinerating mist or vapor due to the lack of special effects. Godzilla seems to be able to control the intensity of his attack, from a delicate flame (the 1950s and 1960s) to a powerful beam with kinetic properties (1970s onwards). There are some known variants:

Ultraman’s signature Ray weapon is certainly powerful, but Godzilla’s has also evolved during the years, and it has, indeed, become a frightening attack to deal with. Based on the information we have, Ultraman would stand no chance against Godzilla’s rays.

We don’t have the exact numbers here, but Ultraman is quite fast, especially in comparison to his size. This guy is known to be acrobatic with flips and cartwheels, and he can also fly, which is a great advantage. As said, we don’t have the exact numbers in this case and we know that Ultraman is not among the fastest superheroes in the history of fiction, but for the sake of this article, this is going to be enough.

As far as Godzilla’s speed is concerned, we know that the most famous kaiju is – slow. He’s not a snail, but when compared to a lot of other creatures and characters of his size, Godzilla is very slow. He is fast underwater since water is his natural habitat, but he moves very slowly on land, which is a consequence of his height and weight. Sadly, we do not have any precise numbers for you in this section as well.

This one, really, had to go Ultraman’s way. Not because he is so extremely fast, but because Godzilla is quite slow. Sure, in water, Godzilla would probably do better. Still, since that is not Ultraman’s usual habitat – whereas Godzilla can also fight outside the water – we have to give the point to Ultraman here.

Among others, Ultraman’s feats include a lot of cosmic achievements. The guy managed to move an entire planet, which is certainly impressive, but on top of that, he has also managed to defeat a planet-size monster and blow up a spaceship the size of a larger island. Now, all of this accounts for Ultraman’s impressive strength, but Godzilla is, indeed, on a wholly different level in that aspect. Ultraman’s feats are measured in the standards of his own camp universe, while Godzilla consistently had to fight much more barbaric threats. This is why Ultraman’s achievements, however great, are not on Godzilla’s level.

As for Godzilla, the kaiju actually saved the world on multiple occasions and fought enormously powerful enemies, such as Mecha-Godzilla and King Ghidorah. On top of that, he was able to blow up a whole asteroid and even ignite a dead black hole. But, it is his deeds in saving the world and fighting other kaiju that make him so special in this category as well.

In terms of other feats and achievements, Godzilla definitely wins. If you just look at all the creatures and monsters he has fought, the comic villains Ultraman has faced do not even compare. This is why the last point definitely goes to Godzilla.

Ultraman vs. Godzilla: Who wins?

The numbers are clearly going in Godzilla’s favor and we can only agree with this. Godzilla is an amazingly powerful character and the types of enemies it has defeated, including Rodan and King Ghidorah, are on a much grander scale than the enemies Ultraman has fought. Sure, Ultraman did fight some kaiju characters, but they were really not on Godzilla’s level.

RELATED: Can Godzilla Die? [4 Times He Did]

Godzilla is simply too powerful and this fact doesn’t leave much space for a debate. And while we are aware that there are numerous iterations of Ultraman, meaning that one of them could probably defeat Godzilla (but we’re not really sure about that either), Godzilla is still the more powerful entity and in that context, we give the win to Godzilla. 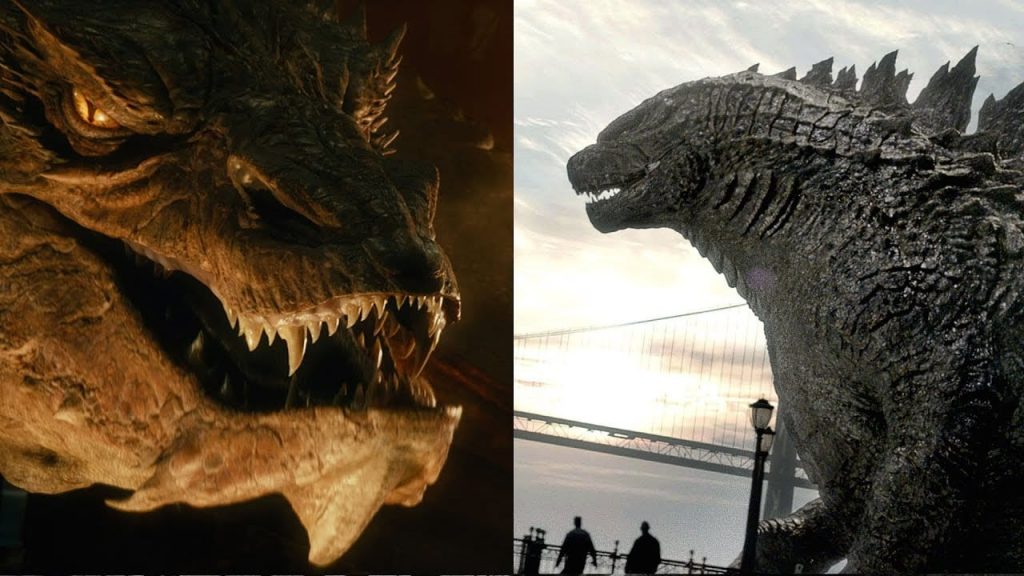 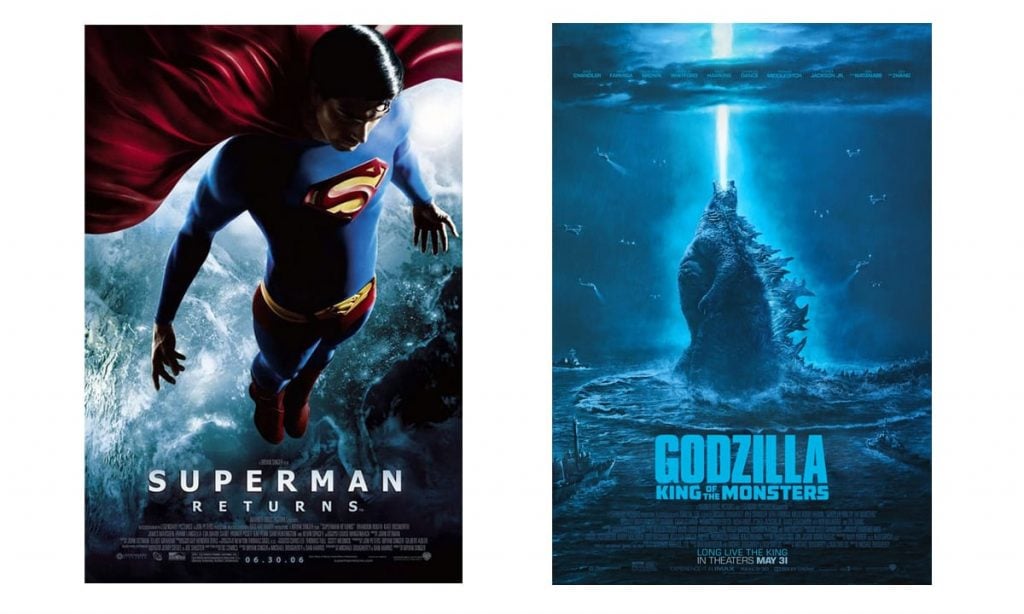 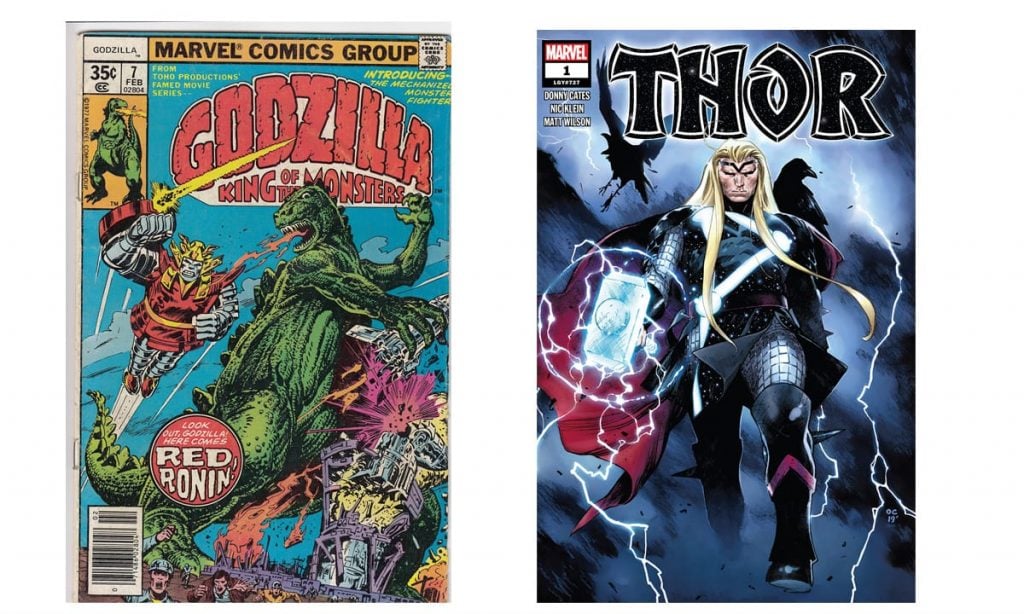