Vampire in the Garden is the latest show produced by Studiot Wit. The studio has been working very closely with Netflix is the last couple of years, delivering some of the original anime content to the platform. Right now, Studio Wit is on fire, as they are also producing, Spy x Family, which could be considered the best anime of the year. Nevertheless, Studio Wit doesn’t stop, and now they have another original story for Netflix.

Vampire in the Garden is an anime series that consist of only five episodes, of around 25 minutes each. The who season could be considered just one big two-hour movie. It is strange that they had to separate the project into five small pieces, but it definitely works. The series display gorgeous animation, character designs that will remind you of Naruto, and powerful storyline with lots of emotion, and action.

Because of its length, the show is quite an easy watch, and it is totally worthy. It might not be as dark as other vampire shows or movies out there, but it is definitely worth the watch. So, be careful as the next paragraph will contain spoilers explaining the end of the show. Read under your own risk.

What Happens At The End Of Vampire In The Garden?

The first episodes of Vampire in the Garden set up the world very well. We are in the face of post apocalyptic war that is being destroyed by the war between vampires and humans. The humans have build a huge fortress, with huge light which repel the visiting vampires. However, living in this fortress is its own nightmare. Every inhabitant has a role, and they must make themselves useful, or they will face terrible consequences.

Here is where we meet Momo, a worker, who in the middle of a battle against vampires, finds a mysterious musical box. Inside the fortress, things like music and partying are forbidden as they could attract vampires. Momo is fascinated by the song, so much that she starts singing it. It is there where she has a strange encounter with a vampire named Fine. Fine saves Momo, and relates to the girl on a profound level.

Momo is tired of such much war, sadness, and suffering, and decides to leave with Fine. We discover Momo’s mom is the general and leader of the fortress. Her mother is so into the war that she doesn’t think twice when it comes the time to kill Momo in order to kill Fine. Now that Momo is gone, frictions inside the fortress threaten Momo’s mother. She might be dethroned if she looks weak. So, she starts a search for her daughter. In order to bring her back, she calls her brother, Kubo, an expert vampire hunter.

Fine takes Momo to her castle, and they start building a relationship. Momo sees that Fine is not evil, she is just like any other person. Fine on the other hand shows signs of being kind and very cultured. She loves music and incentives Momo to sing. We discover that Fine is wanted by the Vampire council. They want to crown her Vampire Queen, but Fine doesn’t want her freedom to be taken away.

RELATED: ‘Vampire in the Garden’ Review: Two Races Fight for Survival in the Bloody Snow

We also meet Allegro, a childhood friend of Fine, and also a Vampire. Allegro tells us how Fine used to have a human friend, but she died, she was betrayed by her. Allegro warns her that Momo will do the same. Fine doesn’t listen to her and keeps building her relationship with Momo. One night, while Fine plays the piano, and Momo signs, they are attacked by Kubo and his forces. They manage to escape, and they decide to find Eden, a mythical place where vampires and humans live together in harmony.

Fine and Momo travel around the world in the direction of the image they found in a postal card, the place where Eden is supposed to be. On the road, they face many challenges, and it really seems like a place where humans and vampires can live together is just a fantasy. The duo becomes really close, specially when Fine starts teaching music to Momo. It is also made clear that because she doesn’t drink blood, Fine is getting weaker and weaker. Momo tries to give blood Fine, but she rejects it.

Fine is so weak that she cannot even walk, so Momo has to drag her through the ice, they are really close to the place in the postal, they just need to push a bit more. They are rescue by a little girl named Illisha. She tells them that they have arrived to Eden, and they are safe. However, Fine finds a vampire trapped inside a machine, and seems suspicious about the whole affair. Meanwhile, Illisha starts becoming friends with Momo.

Who Dies At The End Of Vampire In The Garden?

Kubo of the other hand has been able to track Momo to Eden, but he raises doubts about the mission. Could Momo really be friends with a vampire. It couldn’t be, she is only confused, he says to himself. Allegro and his group of vampires has also tracked Fine to Eden. All the factions are ready to clash. Kubo meets some people from Eden, but they lie about Momo being on the island. Kubo exposes them as liars, and they attack Kubo and his forces.

Kubo forces attack Eden, and they clash with Allegro’s who are looking for Fine. Momo tries to search for Fine, but Illisha shows her true colors and doesn’t allow her to leave. Momo runs away and find the vampire in the machine, who is the slave that keeps the electricity running on the island, he says that Fine is the next after he dies. Illisha kills him, and then tries to kill Momo. Momo ends up killing Illisha in the fight.

Allegro dies while saving Momo, and her and Fine join forces one last time. Kubo captures Momo and forces her to betray Fine, but she won’t do it. It is there that Fine decides to sacrifice herself to protect Momo’s freedom. She uses a drug that gives super abilities at the cost of killing, and she alone defeats Kubo’s forces, living him alive to prove she’s not a monster. Momo leaves with the wounded Fine.

Later, Momo meets her mom who tries to kill her, but Momo won’t come back, she’s free now. Fine dies while thanking Momo for being her true friend, Momo buries her under a tree filled with flowers and right before the credits roll we see Momo ready to sing a song for Fine. 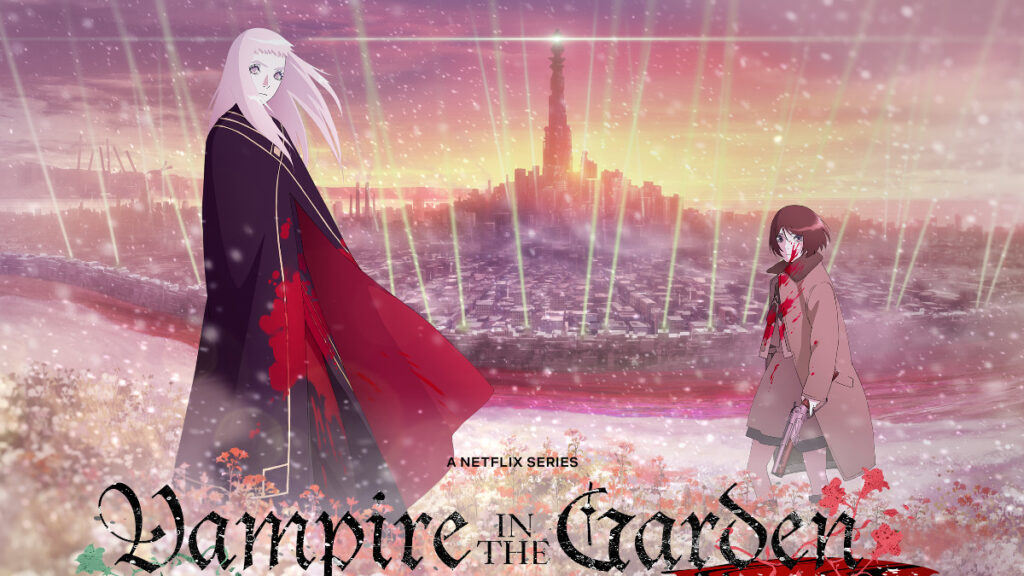 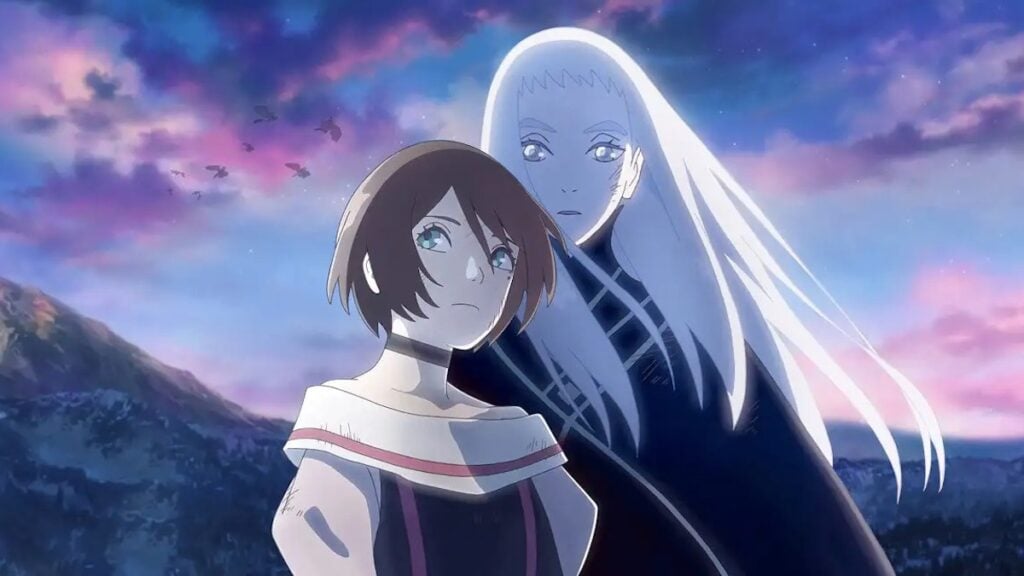