The harem troupe has always been a popular theme in anime, especially when it comes to the rom-com genre that has always been a favored type of story that younger audiences tend to enjoy. In that regard, A Couple of Cuckoos is one of the newest anime to use the harem troupe in a manner that is quite unique because it explores themes like arranged marriage well enough. The central male character is Nagi, who is in a weird yet awfully convenient romantic setup with three girls. But who does Nagi end up with in A Couple of Cuckoos?

Nagi will most likely end up with Erika. In the 111th chapter of the manga, Nagi confessed his love for Erika. However, nothing is sure yet because he also has feelings for Hiro and because there are still a few obstacles along the way. But it seems like the manga will end with Nagi and Erika getting married.

At this point, anything can still happen in the story of A Couple of Cuckoos because the mangaka can still change their mind about who Nagi could end up with. Nevertheless, it still is clear that the favorite to end up with Nagi is Erika, as it seems like she has been the main girl the entire time. That said, let’s look at what we know about Nagi and the girls in A Couple of Cuckoos.

What Is A Couple Of Cuckoos About?

One of the most popular themes that have always been in use in manga and anime is the harem troupe, which involves having one male character becoming the center of a romantic relationship involving numerous potential female partners. After all, a lot of the different fans of manga and anime are teenage boys or young adults that love this theme in the rom-com genre.

RELATED: 10 Best Anime Like A Couple of Cuckoos You Need to Watch

Basically, the story of A Couple of Cuckoos begins with Nagi Umino, a teenage high school boy who just found out that he had been switched at birth with another baby. Nagi is a smart and studious boy who has always realized that he is different from the rest of his family members because he doesn’t look and act like his parents.

The story starts off with him on his way to meet his biological parents until he ran into a girl named Erika Amano, who told him that she was on her way to getting shipped to a boy that she didn’t know. They both agree to enter into a temporary relationship so that they can trick Erika’s parents into thinking that they are together so that they won’t force her to marry someone she doesn’t know.

When the two finally went their separate ways, Nagi went off to a meeting with his biological parents and his parents. That was when he found out that both parties had agreed to marry their children to one another to fix the problem they had at hand. And the surprising part was that it was Erika all along who he was switched at birth with and was supposed to marry.

This becomes the entire plotline of the story as Nagi is in love with another girl. Meanwhile, although she initially enjoyed Nagi’s company at first, Erika doesn’t want to get married to him because she doesn’t want her parents to choose who she should marry. That is where it gets interesting because there are two other girls involved in the entire mess. And the three girls make up the entire harem in A Couple of Cuckoos.

Who Are The Girls In A Couple Of Cuckoos?

Now that you know the gist of A Couple of Cuckoos, let’s look at the girls that are involved in Nagi’s harem in the manga and anime:

Erika was introduced as the main girl of the story as she was the one who Nagi was switched with at birth. She is a spoiled rich girl due to the fact that her parents are hotel tycoons. As such, she has lived a carefree life that never required her to work for almost anything she wanted. On top of that, her pretty face and her fortune allowed her to become an online celebrity as she has a lot of followers online.

However, Erika inherited her biological parents’ free-spirited and somewhat rebellious nature as she doesn’t want to get married to Nagi because she wants to choose who she wants to marry. That is why, even though she actually liked Nagi at first, she doesn’t like the idea of marrying him.

It was revealed that Nagi wants to beat Hiro in class because he once found out that she only likes guys who are smarter than her. As such, it became Nagi’s goal to overtake her in class so that he could muster up the courage to confess his love for her.

This is where the old reliable manga and anime sister complex comes into play. Sachi Umino is the sister that Nagi grew up with, as he believed throughout most of his entire life that they were actually related. However, things got complicated when they found out that they weren’t real siblings at all because Nagi got switched up with Erika at birth.

Sachi is quite attached to Nagi because she gets emotional when she thinks about him leaving her and their family. There hasn’t been a clear indication that she is in love with her brother (even though they aren’t biologically related). But there is a clear sister complex involved here as she is emotionally attached to Nagi to the point that she lived with him and Erika in the house that the Amano family bought for them.

Who Will Nagi End Up With In A Couple Of Cuckoos?

Throughout the entire duration of the early part of the manga of A Couple of Cuckoos, there was no clear answer as to who Nagi could end up with because the top contenders actually had strong cases. Nagi started off in love with Hiro, who hardly ever noticed him in class because she was too busy studying. However, she eventually became close to Nagi as they developed a good friendship with one another. As such, there are a lot of fans of A Couple of Cuckoos that want Nagi to end up with Hiro.

Meanwhile, it is beginning to look like the Nagi x Sachi ship was never going to sail. It also appears that Sachi was only inserted into the entire race for Nagi’s heart to spice things up and to add the old reliable sister complex in this story, considering that this troupe has always been popular in harem rom-com manga and anime.

This leaves us with Erika, who was always marketed as the main girl of the series. But the main girl isn’t always the one that the main boy ends up with, as seen in other harem rom-com manga and anime stories. Nevertheless, it seems like the story is inevitably going to settle with Nagi and Erika ending up with one another at the end of A Couple of Cuckoos.

In the 110th chapter of the manga, Nagi found out that Erika had developed feelings for him. Meanwhile, in the 111thchapter, Nagi confessed his love for Erika as it is becoming clear that the story might end up with them being together.

Nevertheless, the manga is yet to conclude the story of A Couple of Cuckoos. There is still a chance that there will be a few twists and turns along the way, especially due to the fact that the parents of either side are now beginning to realize that it might not be the best idea to force them to marry each other. Of course, anything can still happen between now and the end of the manga, as Nagi and Erika might encounter roadblocks and obstacles in their relationship.

As such, we won’t conclude that Nagi will end up with Erika at the end of A Couple of Cuckoos but there is a good chance that the series is headed toward that ship. After all, Erika was always the main girl of the story. 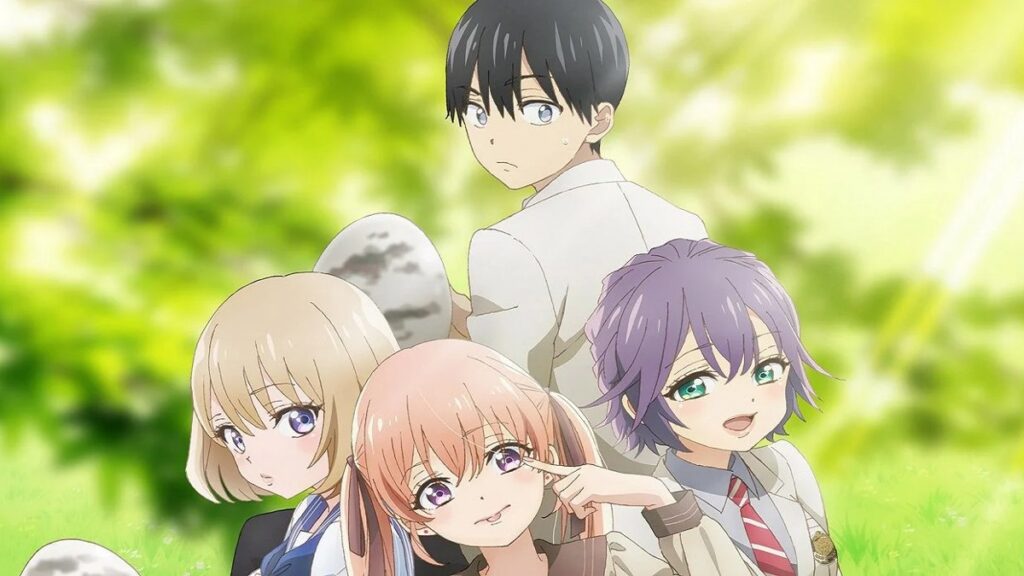 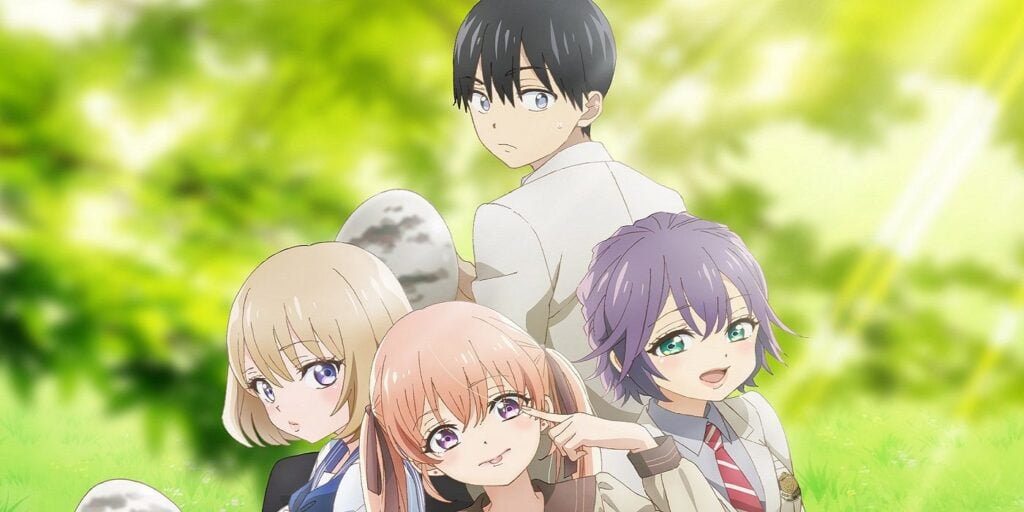 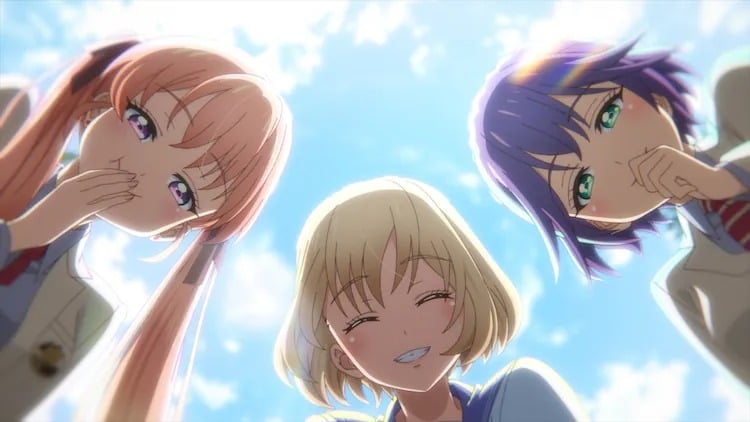