Countless gamers began their journey by playing board games, and Monopoly is one of the most iconic board games to date. This real-estate board game has been an absolutely infamous piece of gaming history and culture, being around for many, many years. But, just how many people still play Monopoly?

An average of between 50 and 200 people play Monopoly Plus actively every day. But, considering that over 250 million physical copies of Monopoly have been sold over the years, the total number of casual players is estimated to be in the billions worldwide.

While most people have thought the Monopoly hype phase would lead to the game dying, the estimated player count for Monopoly is still surprisingly high. But, it’s for a ton of good reasons, as this game offers quite a few special experiences that modern games fail to replicate. Stick around to find out how Monopoly’s player counts have shifted over the years, and how many people still play Monopoly.

Table of Contents show
Monopoly
How Many People Play Monopoly In 2022?
What Made Monopoly So Popular?

Monopoly is a real-estate board game, designed for anywhere between 2 and 8 players to participate at the same time. The main aim of the game is to ultimately remain financially solvent while forcing the opponents into bankruptcy through buying and developing various pieces of land.

Each edge of the square board is divided into 10 small rectangles, with each rectangle representing a different piece of property. Generally speaking, the locations and names of the properties in each square depend on the country or overall region, making Monopoly feel more familiar to its players.

Players will need to react in-game based on the type of property they land on, whether they be railroads, utilities, residential properties, and even a jail. Each of the players will be designated a specific amount of money at the beginning of the game, meaning that there is also a designated player acting as the ‘banker’.

The overall game is made more complex and interesting by means of non-property squares, which require players to draw a card. Monopoly is quite intricate in rules and general design, but this is exactly what has made it so adored by various board game-loving families and friend groups.

While the vast majority of people have at least heard about Monopoly, most of its players have been restricted to older generations. Monopoly is the best-selling privately patented board game in history, mainly gaining its astounding popularity in the United States during the Great Depression period.

The game was initially designed by Charles B. Darrow, an unemployed heating engineer at the time. Before Monopoly became ‘official’, numerous homemade versions had circulated throughout various regions in the United States.

Charles B. Darrow ended up selling the Monopoly concept to Parker Brothers (known as Hasbro from 1991 onwards) back in 1935 for a generous sum, sparking the revolutionary board game we all know in modern times. Monopoly then became increasingly popular in other areas of the United States, after which its fame snowballed into a worldwide success.

How Many People Play Monopoly In 2022?

It was much harder to trace exactly how many people played Monopoly throughout the 1900s, especially considering the lack of modern influences like ‘player counter’ tracking technology and even social media. Rather, people would need to base the overall player count on the number of physical copies sold at stores and game shops.

Still, even then, the figures were mere guesses, as they generally indicated Monopoly sales and not necessarily Monopoly player activity. There are plenty of questions and variables that are mostly impossible to assume.

How many people would be playing per Monopoly board sold? How often would families play Monopoly after the initial purchase? How long would players take a break from Monopoly before playing another game? The list of questions is endless.

While these questions and variables still stand for physical Monopoly boards and each board’s players in 2022, we have been able to track activity for the ‘modern’ Monopoly variant. Since Monopoly Plus was released, it’s much easier to gain insight into the overall activity.

According to Steam, Monopoly Plus has around 50 players active at the time of writing, with a peak of around players in the past 24-hours. While Monopoly is undeniably a giant within the industry, this figure is still relatively low compared to its all-time peak of 3,180 players, which occurred approximately 2 years ago.

However, the classic Monopoly board game still seems to be maintaining its popularity – relatively speaking, of course. According to CBC News, more than 3 million physical copies of Monopoly were sold in 1998 alone, far more than its initial boom in the early 1900s.

Contrary to expectations, this would not be the height of Monopoly’s prime. Monopoly broke its previous annual sales records in 2020, according to Hasbro’s fourth-quarter earnings report released on February 8th, stating that:

“Hasbro’s total gaming category, including all gaming revenue, most notably MAGIC: THE GATHERING and MONOPOLY, totaled $561.2 million and $1.76 billion for the quarter and full-year 2020, respectively, up 27% and 15% compared to the respective periods in 2019.”

The numbers for Monopoly’s sales are absolutely staggering, but it’s no surprise since the game has been translated into 47 languages over the years and is now played in 114 countries – at least! Over 250 million physical copies of Monopoly have been sold throughout the course of its running, spanning countless regions and locations.

It has been assumed that the overall number of Monopoly sales should result in Monopoly players estimated to be in the billions – or, at the least, somewhere in the millions. But, as mentioned above, this is not written in stone – there are endless variables to consider in Monopoly’s total player count.

While it’s safe to assume that at least two players have played each board at least once amounting to at least 500 million players, the odds are unlikely. It’s far more probable that multiple people have played multiple times on each Monopoly board, most of which may have been casual players and not active, daily, or concurrent players.

When it comes to Monopoly Plus, the figures are fairly low. Both SteamDB and Steam Charts have similar player count reports, with active players fluctuating around 50 and typically over 200 peak players in a day – occasionally seeing figures around 300 in a day.

Below are the Monopoly player activity stats according to SteamDB:

It’s also been estimated that most people who play Monopoly Plus typically play for around 25 minutes per session on average, amounting to around 7.4 hours of total playtime within the last 2 weeks. Its popularity on Twitch has also been relatively high over the past year, reaching its all-time peak of 268,432 viewers 11 months ago.

Steam Charts has similar player count reports for Monopoly Plus, only varying slightly from SteamDB’s reports. Below are the Monopoly player activity stats according to Steam Charts:

What Made Monopoly So Popular?

Monopoly is a game that most people either love or hate. But, there’s definitely a lot to love – especially if you enjoy board games in general and love the sense of heightened competitiveness and high stakes. According to Eugene Provenzo, a professor at the University of Miami who has studied the history of games:

The game has built-in flexibility, so no two games will ever be the same, and nor will the experience with different players. It’s a purely fresh and fun experience each and every time – some people describe it as a combination of Candyland and chess.

But, the game itself has managed to stay on trend using a ton of different versions, editions, and even themed variants that keep things fun and interesting. At the same time, the model and design of the game have remained the same.

While it’s definitely safe to say that Monopoly is not every gamer’s cup of tea, this industry giant has seriously stood the test of time. Whether you’re hanging out with family or friends, Monopoly is still a classic and well-loved game that can be enjoyed by all ages to this day. 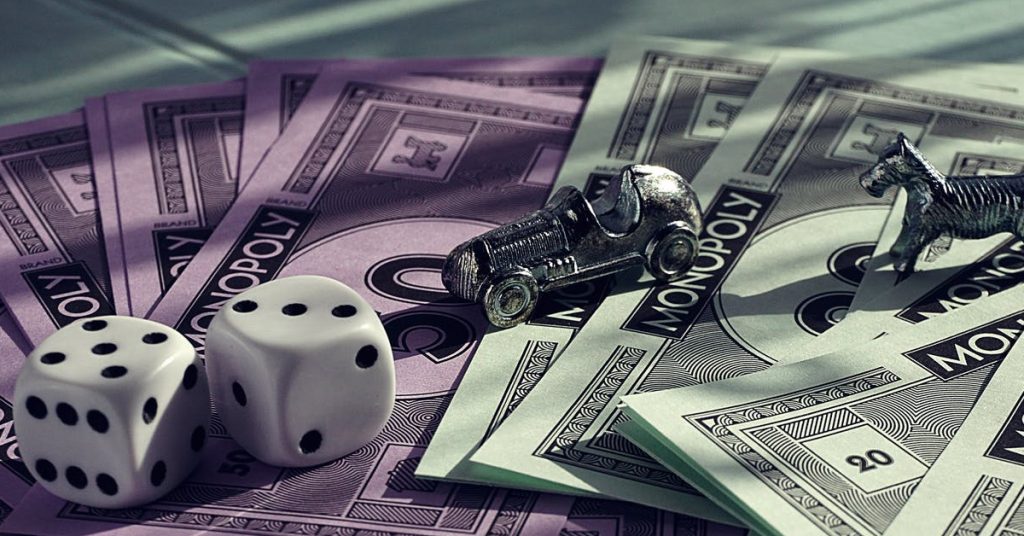 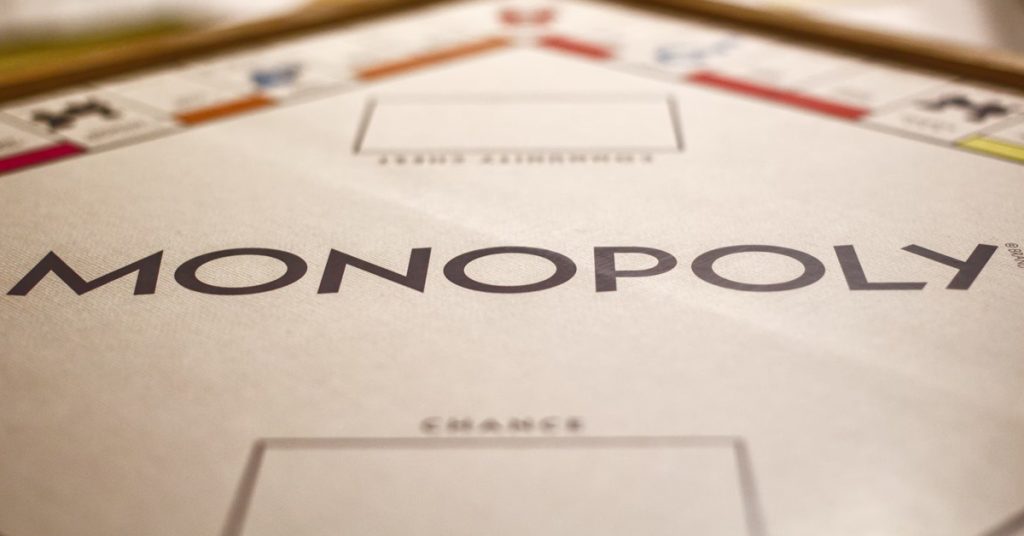 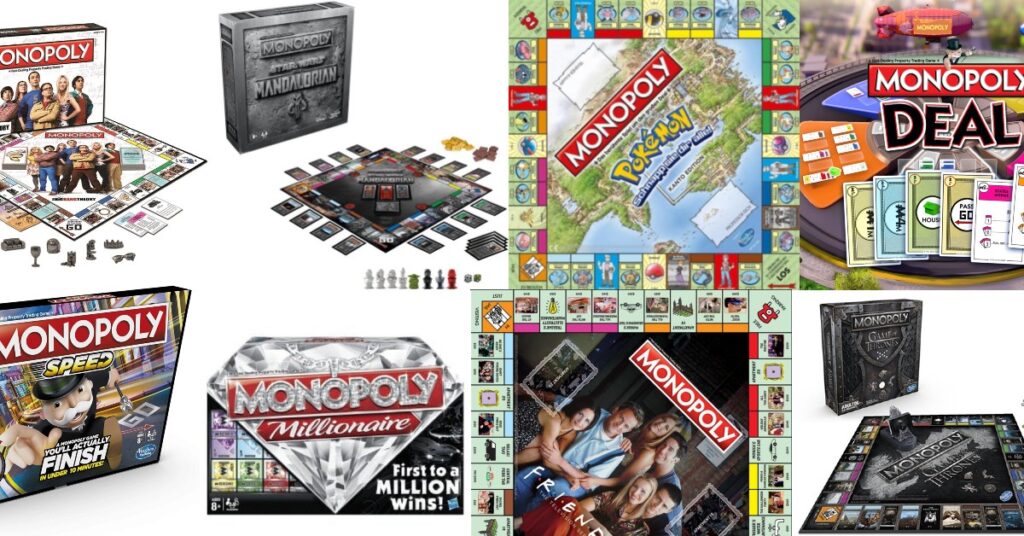