Namor the Sub-Mariner and Aquaman are two quite similar characters from Marvel and DC Comics, respectively. Namor is rumored to get his MCU debut in Black Panther 2, and Aquaman 2 is already in post-production. So, naturally, fans began to wonder – if Namor and Aquaman ever fought, who would win, and why?

Aquaman would win most of the time against Namor, although it would be a very close fight. They are both the King of Atlantis in their respective universes and have quite similar powers, but Aquaman’s superior speed, weaponry, fighting skills, and army would eventually prevail.

That doesn’t mean Namor doesn’t stand a chance, though. In fact, there are certain aspects and powers of the character that are superior to Aquaman. And, for comic book fans, it’s quite important who’s the original, and the Sub-Mariner came first, so you have to take that into account. Let’s dive deeper into this underwater matchup to objectively determine the winner.

Namor Or Aquaman: Who Came First?

I won’t include this fact in my assessment of the potential winner of this battle. I just want to put it out there for those who might be interested. Although Aquaman has gained more popularity over the years, it was Namor the Sub-Mariner that came first. He appeared in Marvel Comics #1 in October 1939, whereas Aquaman first appeared in More Fun Comics #73 in November 1941.

Not only that – Namor is known as Marvel’s first mutant, as he was half-mutant, half-Atlantean. He was actually a villain when he first appeared, but then turned into a superhero, and then an antihero, and then became something in between. Now that we know who came first let’s compare the characters’ attributes.

As I’ve mentioned, Namor the Sub-Mariner is known as Marvel’s first mutant. However, his physiology is actually half-mutant and half-Atlantean, giving him a unique set of powers and abilities.

On the other hand, Arthur Curry, aka Aquaman, is a meta-human, or half-human, half-Atlantean. His father was human, whereas his mother was the Queen of Atlantis. Their physiologies differ, and at first, one might say that Namor has a clear advantage. The Atlantean sides of the characters negate each other, and mutant physiology beats human physiology, right?

RELATED: Why Is Aquaman Bulletproof?

Well, not quite. You see, most of their physiological powers are more or less the same. They have almost unlimited stamina underwater but get fatigued quicker on land. Namor has quicker healing, but Aquaman is more durable when it comes to taking damage, so it kind of evens it out. Namor is definitely a bit stronger physically. However, Aquaman is much faster.

Overall, I believe their physiologies even each other out, and both Namor and Arthur deserve points in this category.

Aquaman is pretty much always a good guy, despite having outbursts every now and then. However, Arthur Curry is incredibly morally just and always seeks to do the right thing. He rules Atlantis with a firm but righteous attitude. If he can avoid a deathly outcome in a fight, he’ll do it. Now, he might be snarky and not play by the rules sometimes, but he’s genuinely a god guy.

On the other hand, the same cannot be said about Namor the Sub-Mariner. As I’ve mentioned before, Namor was a villain the first time he appeared. Even later, when he became a superhero, it wasn’t rare to see Namor do what serves him the best, not what serves the greater good. Also, he has no trouble killing or hurting others when he’s angry.

There was a time when Namor literally tried – and almost succeeded – to flood and destroy the entire Wakanda and its people. When push comes to shove, he won’t hesitate to kill.

Usually, being a semi-bad guy isn’t something that I’d consider an advantage. However, in a fight against Aquaman, Namor’s personality could prove to be the only thing pushing the scales onto his side. If the fight comes down to who’s ready to kill the other guy, Namor will leave the fight standing because he wouldn’t hesitate where Aquaman would.

The first power where Namor beats Aquaman is flight. Namor can fly, whereas Aquaman can only leap. However, Arthur can leap over miles at a time, almost as if he’s flying, so it’s not as big of an advantage for Namor as it seems at first. Also, their fights would likely take place under the sea, but having better maneuverability in the air is certainly an edge.

Another thing that Namor has, and Aquaman hasn’t, is the ability to conjure the powers of the creatures from the deep. For instance, he can obtain the abilities of an electric eel, which could prove quite useful in an underwater battle against Aquaman.

However, to counter that, Aquaman has much stronger telepathic abilities to control sea life. Namor has it too, but not even close to Aquaman’s level. Arthur’s ability to control sea life partially affected Namor, too, in one of the crossover comics.

He couldn’t control Namor, but it gave him quite a headache. Also, Aquaman sometimes showed a limited ability to control wildlife on the land, too.

RELATED: Who Was Marvel’s First Superhero?

As I’ve mentioned before, the Sub-Mariner has quite a strong healing factor stemming from his mutant physiology. It’s not nearly as powerful as Deadpool’s or Wolverine’s, but still, it’s quite strong and enough to keep Namor safe. However, he’s not that durable (in most versions) when it comes to taking damage.

The guy has been knocked out countless times – even by humans, which is a bit ridiculous for such a powerful character if you ask me, but it did happen. Aquaman, on the other hand, doesn’t have such a healing factor, but he still heals faster than the average human and is much more durable when it comes to taking damage.

Finally, both can fight and survive on land, but they get dehydrated and exhauster faster than the average human, so they’d probably just stick to the water if fighting each other.

With all that being said, all their powers (more or less) even out, so it’s only fair to give both Namor and Aquaman points in this category.

Both Namor and Aquaman wielded all kinds of weapons throughout their comics history, such as rings of power, etc. However, both of them usually tend to have a trident as their main weapon – specifically, the Trident of Neptune. Aquaman’s trident was sometimes called the Trident of Poseidon, but the two are essentially the same gods from different mythologies.

The difference is that Namor’s trident is nowhere near as powerful as Aquaman’s. And, even if it was, the Sub-Mariner hardly ever uses weaponry – he prefers some good hand-to-hand combat.

On the other hand, Aquaman is quite a prolific combatant with his trident, essentially perfecting the craft of fighting with it. Not only that – his trident is nearly indestructible. It proved to be powerful enough to pierce through the skin of a being as powerful as Darkseid himself.

That proves that the Trident of Neptune that Aquaman wields is almost indestructible, and when you compare his skills of wielding it with Namor’s skills to wield his trident, it’s almost incomparable. Aquaman wins this category by a landslide.

Finally, it all comes down to who has the more firepower behind their back. Both are the King of Atlantis in their respective universes, so those armies obviously cancel each other out. However, Aquaman displayed a much more powerful telepathic ability to control sea life. So, if the fight is underwater, he’d be at a big advantage in that regard.

Now, if we compare their comic book allies, both Namor and Aquaman have had some incredibly powerful teams behind their backs. Namor was a member of both the Avengers and the X-Men at some point.

The problem is, however, it was never a steady affair – he always did something to either get expelled from the teams he was in (like, trying to sink Wakanda) or simply chose to abandon them for his own goals. Therefore, you can’t really count on them to be Namor’s allies full time.

RELATED: Superman vs Aquaman: Who Would Win?

On the other hand, Aquaman was a full-time member of the Justice League – the most powerful superhero group in the DC Comics universe. Now, if you combine the X-Men and Avengers as Namor’s allies, they could certainly take down the Justice League together.

But, it was hardly ever the case with Namor, and he lost more allies than he kept over the years, so in the best-case scenario, his allies could match Aquaman’s toe-to-toe.

And, again, that leads us back to communicating and controlling wildlife, which is the only army Arthur Curry needs to take this point away from the Sub-Mariner.

Namor Vs. Aquaman: Who Wins?

In the end, Aquaman wins a narrow margin against Namor, 4:3. When it’s all said and done, he’s the one with more advantages than Namor and would be the logical choice for victory in this situation. That being said, both of them have disadvantages, too, so it would really come down to two things: quickness and determination.

When I say quickness, I mean who would be quicker to utilize their advantages over the opponent. Seeing that Arthur is generally quicker, it’d probably go into his favor.

On the other hand, when I say determination, I mean, who would be more willing, and more determined to deliver that final blow. In that case, it would be Namor. Just like the scoreboard says, I’d give a 4:3 victory in a best-of-7 fight series. 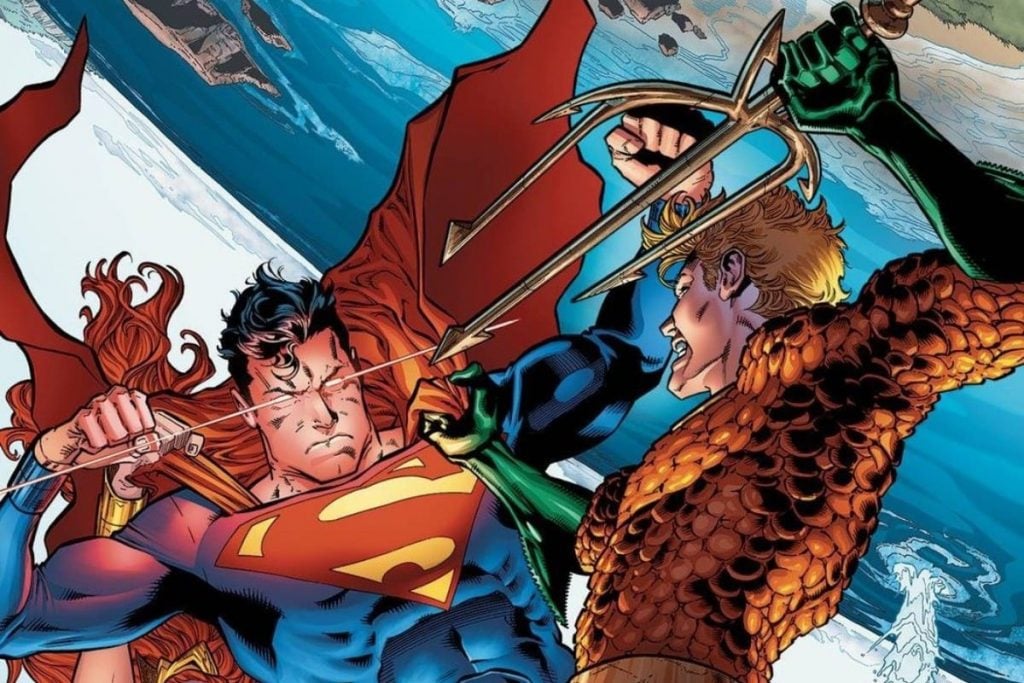 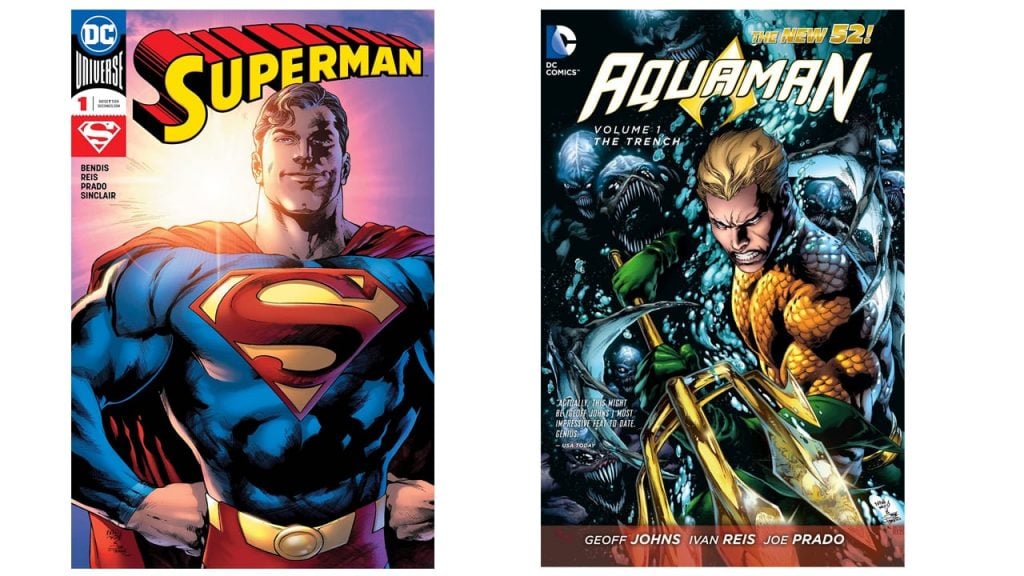 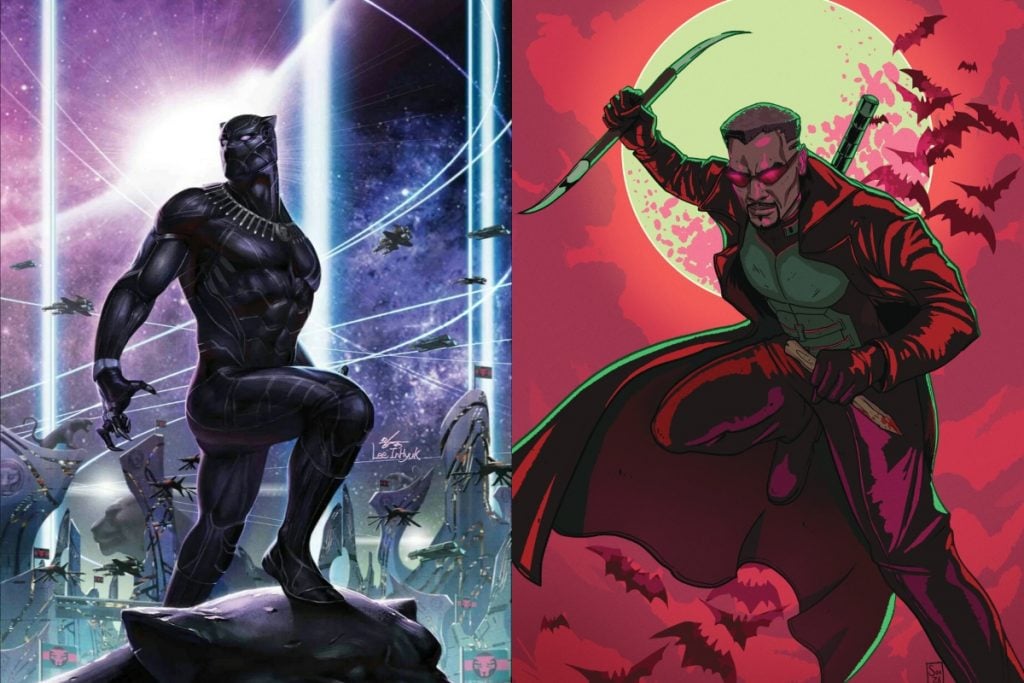