Raised By Wolves is one of HBO’s biggest shows right now, as it explores the sci-fi genre in a new and fascinating way. It’s a unique take on the sci-fi genre that combines different post-apocalyptic elements and religion in different ways. That said, if you are looking for shows that are similar to Raised By Wolves, we have a good list that you might want to look at.

Even though it lasted for only one season, Tales From The Loop is quite similar to Raised By Wolves because they are both sci-fi shows that explore the limits of what science can do in a fictional sense. And the fact that they are also both drama shows makes them very similar to one another as well.

Tales From The Loop is about a group of people living in a town that is built above a machine called The Loop. What The Loop does is that it was meant to unlock and explore a lot of the different mysteries surrounding the universe, and it is due to the loop that the townspeople started to experience things that are beyond our understanding of science.

Devs is similar to Raised By Wolves because they are both sci-fi thrillers as well. However, the difference is that Devs explores the human side of technology more than it explores artificial intelligence or androids. Nevertheless, it has a lot of different similarities with Raised By Wolves.

RELATED: Raised by Wolves Serpent Child: Everything You Need to Know About Mother’s Child

The story of Devs revolves around a computer engineer working in a company that she believes was responsible for the disappearance of her boyfriend. She discovered that there is a secretive development division in the company, and that prompted her to investigate it.

Starring Aquaman Jason Momoa himself, See is available on Apple TV+ and is just as groundbreaking as any other sci-fi series on television. This is classified as a sci-fi drama, and that means that it has a similarity with Raised By Wolves, as they are both dramas shows that explore the realms of science fiction.

The show takes place in the future when humans have lost their sense of sight, and that means that humanity had to find a different way to interact with one another and adapt to their new conditions. And the way the humans were living was challenged when a set of twins with the sense of sight were born, as they introduced an entirely different way for humanity to survive.

Into The Badlands is similar to Raised By Wolves because of the fact that it takes place in a post-apocalyptic world that is 500 years from our current timeline. The world is ruled by different warlords who own their own territories, as they battle the Nomads to rescue a boy named MK, who has a secret power that has the capability of changing the world.

Aside from the fact that both Raised By Wolves and Westworld are both from HBO, there are plenty of different similarities between these two shows. They may have different premises, but they are quite similar due to the fact that they use automatons or artificial intelligence, which were built for an amusement park world that humans regularly visit to do all sorts of things.

RELATED: 50 Best Robot Movies and TV Shows of All Time

However, these automatons, called the hosts, discovered the truth and went out to take matters into their own hands. They rebelled against the humans and started a revolution that took them from their amusement park world into the real world where humans live.

Almost Human is one of the few sci-fi series that doesn’t take place too far ahead of our current timeline because it only happens in 2048. But the fact that it is actually a sci-fi series that explores the relationship between androids and humans is what makes it very similar to Raised By Wolves.

The story of Almost Human is about a human detective that is paired with a logical android, which is given the task of keeping its human partner safe. However, the detective’s android makes him feel human emotions due to a problem with its programming. And the dynamic between the human and the android is what makes this series so interesting.

Despite the fact that it wasn’t renewed for what could have been a more complete story, Altered Carbon is an entertaining series that explores sci-fi in a unique way that isn’t too different compared to Raised By Wolves because of how it explores a dangerous world that is flirting with the limits of what science and technology can do.

The setting of this series takes place 300 years in the future, as society has been transformed in a way where human bodies can be interchanged with technological parts. Human minds could also be imprisoned, as that was what happened with Kovacs, who was given a new body so that he could solve a murder. It’s a cyberpunk-style series that is just as good as other sci-fi shows.

Brave New World is another one of those shows that are very similar to Raised By Wolves because of the fact that it happens in a dystopian world that blends different sci-fi elements into one amazing show. And what’s amazing is that it was able to change the entire world by prohibiting some of the most common elements of today’s society.

In Brave New World, what happened is that society was able to finally achieve peace and stability through a very odd manner as monogamy, privacy, money, history, and family, which are all the backbones of our society today, were prohibited. It’s a unique take on the sci-fi genre and is just as amazing as any other series available today.

What you should know about Love, Death, and Robots is that it doesn’t really have an exact story. That’s because this is an anthology series that explores different types of stories, depending on the theme of the episode. Each episode has its own uniqueness, which includes its animation style and plot. And each episode explores a different sci-fi genre as well, as there are episodes that are about fantasy, horror, and even comedy.

Love, Death, and Robots are very similar to Raised By Wolves because of how there are some episodes that mirror the same kind of sci-fi and dystopian style that is present in the HBO original series. That said, while no exact episode in Love, Death, and Robots is the same as Raised By Wolves, there are some parallelisms that you might want to look at.

The Leftover is another unique sci-fi series that takes its story to an entirely different level that you might not have seen before. Based on the novel by Tom Perrota, The Leftover is a supernatural mystery drama that explores sci-fi, mystery, and supernatural events all in one amazing drama series that has its own fair share with similarities to Raised By Wolves.

This series focuses on the mystery behind the disappearance of two percent of the world’s entire population, as people are forced to rebuild their lives after such an unsettling supernatural event. And it is very thrilling to the point that you will be left wondering what will happen next every single episode.

Colony is not entirely similar to Raised By Wolves in terms of its story, but there are similarities because of the fact that there are different factions that fight for their own right to live in a show that explores a dystopian world.

In Colony, we follow a former FBI agent living on a futuristic Earth that was annexed by aliens. These aliens utilize human puppets to control the human colonies on the planet while extracting some of the most important resources on Earth, and such resources include humans. As such, the similarity between Colony and Raised By Wolves can be seen in the fight for the survival of the different factions that play huge roles in these shows.

Falling Skies is a sci-fi series that was quite popular during the earlier days of the 2010s. This is a series that explores a post-apocalyptic world, and that is where it is very similar to the premise of Raised By Wolves. The fact that it happens in a world after a devastating event is what allows it to have some parallelisms with the HBO original show.

The story explores a few survivors who were able to survive an alien invasion that destroyed much of the entire world. These survivors lead a resistance against the aliens, as they are attempting to not only survive but also uncover the purpose of why the aliens invaded the planet. And the fact that the survivors are focused on rebuilding their lives while also uncovering different secrets is what makes it similar to Raised By Wolves.

Snowpiercer is set in another dystopian post-apocalyptic world that froze over and is left uninhabitable due to a huge experiment that went bad. The fact that it is another post-apocalyptic series is what makes it similar to Raised By Wolves. Of course, we are also looking at the fact that this series explores the fight of the survivors to try to live and survive against the difficult circumstances they are in.

RELATED: Is Melanie Dead On Snowpiercer? (& Will Jennifer Connelly Be Back In Season 3)

The story of Snowpiercer takes place in a huge train called the Snowpiercer, which was built for humanity to survive the freezing world. However, society in this world was segregated, as only those who had money and power were able to secure good spots in Snowpiercer, while the ones who didn’t have money were left to live through the worst conditions possible, and that was what forced them to rebel against the train’s authority figure.

In Humans, humans were able to develop artificial beings called the Synths, which are very similar to humans. They became important parts of any family as they helped make life easier for any household. However, what the humans didn’t know was that the Synths were affecting their lives in a negative manner.

Black Mirror is the second and the best anthology we have on this list, as this is a show that is quite similar to Raised By Wolves because of the fact that it explores the dangers of what science can do. And because Raised By Wolves shows us how dangerous androids can be, there are similarities between them on top of the fact that both of these shows can also be quite dark.

Due to the fact that it’s an anthology, Black Mirror explores different stories in each episode, as they include different technological themes that we see in today’s society while also showing us how dangerous they can be when they go overboard. This is one of the most successful shows that you can stream, and that’s why it belongs at the top of this list. 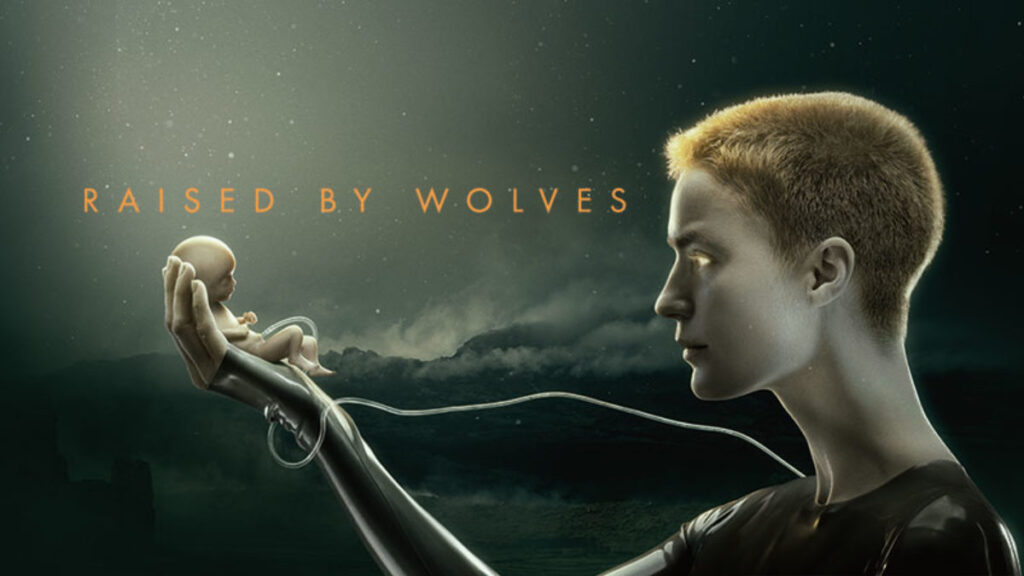 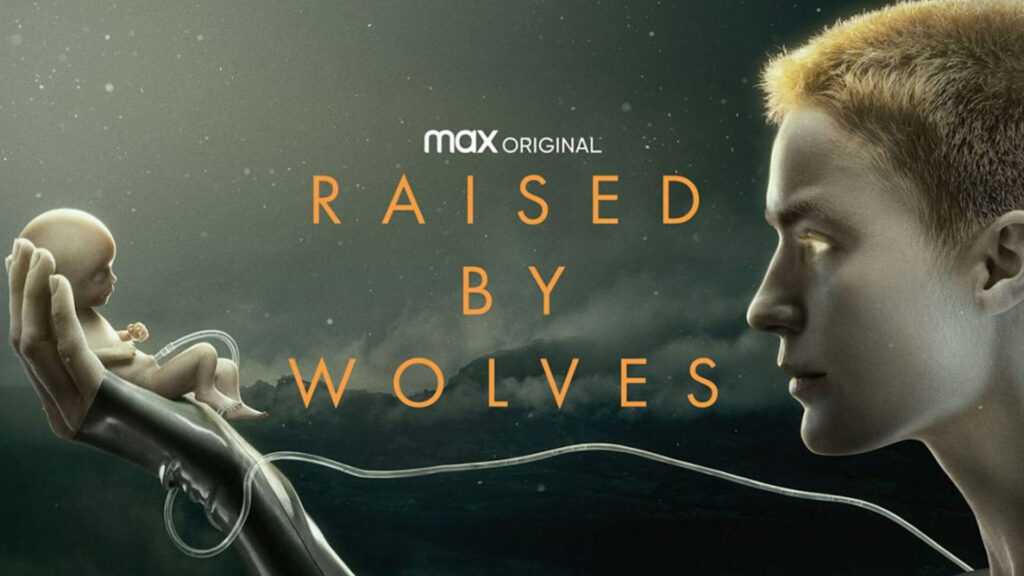