It seems Apex Legends is slowly rising the ranks in battle royale games. The game has been a great hit since its release, and in all honesty, it deserves the praise. With the game entering a new season, how does it look compared to other battle royale contenders?

As of February 2022, the game has hit at least 128 million players since its release. Additionally, Apex reached the first 100 million player mark last April 14, 2021, and has been steadily increasing its player count.

By the looks of it, this 2022 will be an excellent year for the battle royale game, as Electronic Arts seem to be teasing many new events and updates for the game. Their efforts seem fruitful due to Apex being on the steady rise and the game trending in several forums and sites.

How Many People Play Apex?

According to Dextero, the game hit 128 million players this year; this might be due to the game adding a version for more consoles plus the release of a new season. Last year on April 14, 2021, they announced that the game had already hit the 100 million player mark. The company expects even more players once the game becomes available for mobile.

What’s the Maximum Number of Players per Day

According to Steam Charts, the game had an all-time peak of 392,998 on February 7, 2022. It seems, on average, the game has been getting an average of 250 thousand to 350 thousand for the last year on Steam. Below is a table that shows the highest peak players by the month for Apex Legends.

While this may show the number of players in Steam, the other devices are harder to compute. According to Active Player, the game has recently been hitting up to over 12 million players logged in at a single day. As of writing, Apex legends has 925,625 players online.

Apex Legends is being enjoyed by millions all over the world. The United States holds the majority of the players playing the game. The US has 38.92% of the total active players of Apex, the United Kingdom has 7.18%, Russia has 5.81%. Brazil has 5.54%, China has 3.73%, and the rest of the countries cover the rest of the percentage.

So far, no numbers of people playing Apex Legends per device have been released. However, the game is available for Windows, Xbox One, PlayStation 4, and the Nintendo Switch. The developers also announced that they have already released a soft-launch for Apex Legends Mobile.

RELATED: How to Get Better at Apex Legends? 10 Pro-Tips

How Many People Have Left Apex?

How Much Has Apex Made?

As of last year, Apex has become one of the highest-earning games to have hit our units. eSports Talk said that the game’s revenue has ballooned up to $1.6 billion over 2021. EA even said that Apex has contributed significantly to their revenue growth for the last year, being one of the strongest financial years the company had ever had.

Along with FIFA, EA is projecting a revenue of $7.65 billion by the end of 2022, $225 million more than the previous projection the company has made. This might be due to the release of Apex Legends Mobile, where they expect more people and potential spenders to play the game.

The game has set a lot of records for the company. Making it one of the easiest money-making games the company has published. Apex Legends hit the $1 billion thresholds in February 2021, where it outdid its own old revenue by 150%. On the month the game was released, it already generated $92 million in revenue.

It seems even when people are starting to work back in the office, people are still spending for Apex Legends as their revenue seems to be increasing by the day.

Newzoo did a study regarding the game’s demographic regarding Apex Player ages alongside other battle royale types of games. According to their research, the game appeals to a male dominant audience under the age of 35. The estimated age seems normal when it comes to other battle royale games.

Most of the players happen to be under 18. They represent 14% of the players. Meanwhile, players between the ages of 18 to 34 take 6%. So far, the youngest professional player to be recorded is aged 16, and the oldest player happens to be 35.

How is Apex Legends on Twitch?

As of writing, Apex Legends is the 6th ranked most streamed game over at Twitch. So far, the game has been watched for 152.7 million hours with an average of 90,053 viewers. However, 309,948 Twitch users have viewed Apex-related content on an undisclosed single day just this year.

Meanwhile, over 9.4 million hours of Apex Legends content has been streamed on the platform for this year alone, with a peak of 13.3 thousand Twitch streamers. The data can be found at sullygnome, a site that gathers data from Twitch.

Is Apex Legends an Award-Winning Game?

Apex Legends has mostly favorable reviews from several publishers. According to their collective reviews found on the Apex Legends Wikipedia page, critics have enjoyed this game’s take on the battle royale system. Mixed reviews came from a number of the publishers due to the lack of references to the Titanfall games. However, a number of them don’t find this issue problematic to the whole experience of the game.

The game also received praise due to having characters belonging to the LGBTQ community, including a non-binary character. The table below reveals the numbered scores the publications have given Apex Legends.

The game took everyone by surprise when it came to player interest. A lot of gaming companies would like to hype a game before fully releasing it. However, Apex Legends did none of that. Promotions for the games started after the reveal of the game. For some odd reason, it worked. The game soon saw millions of players getting into the action.

While it didn’t promote before its release, according to Reuters, EA paid $1 million to a streamer named Ninja to promote Apex Legends. It looks like the company studied how to attract more users by using famous Twitch Streamers to promote the game.

In addition to Ninja, EA also approached a popular Polish-Canadian Streamer named “Shroud” to play Apex Legends. However, the amount EA paid him was never revealed.

The game was also used to test how the free-to-play system works in cash generation for the company. EA isn’t known for making free-to-play games, so Apex Legends was something the publishers weren’t sure if the game would be able to give the companies revenue. After some convincing, both Respawn and EA decided to make the game free-to-play, and it was a good choice. The game is a huge income generator for the companies if you look at the data.

Initially, the game only started with 8 characters. They’ve added more every time they announce a new season. Another thing to note is that many of the characters are based on Titanfall’s character roaster.

The game was actually designed before Titanfall 2 was even shipped. However, they decided to use this design with the battle royale model after seeing the success of PUBG with the format and other free-to-play battle royale games. 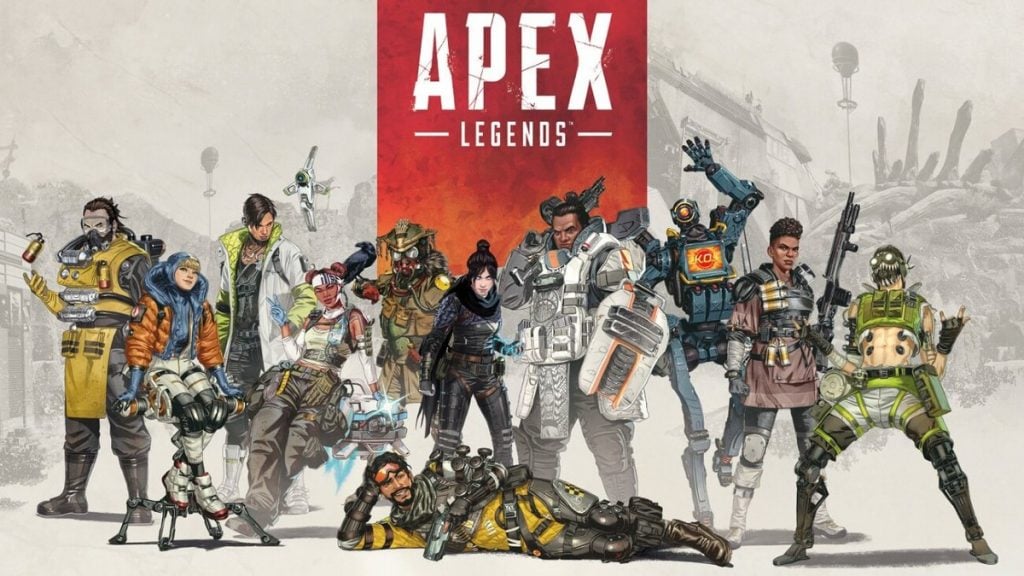 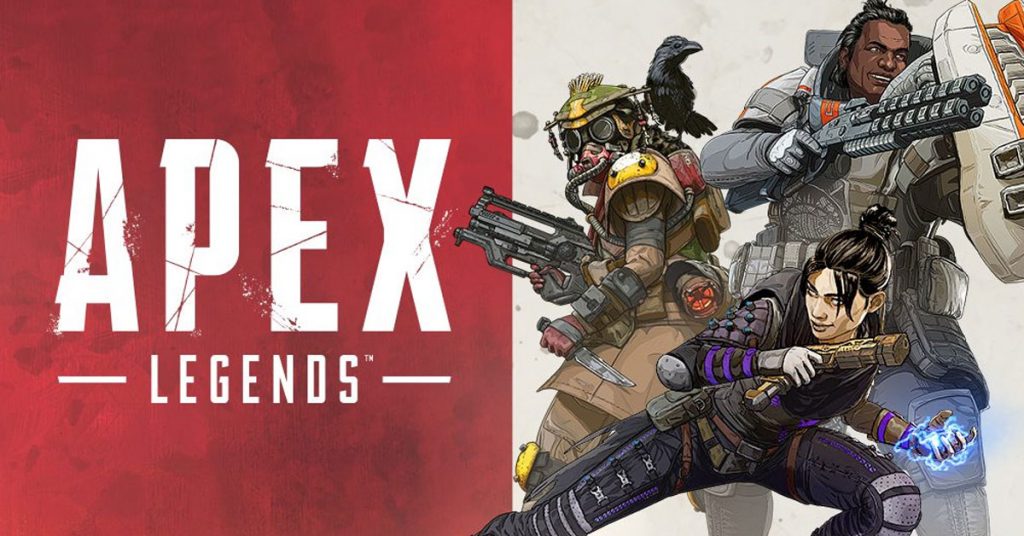 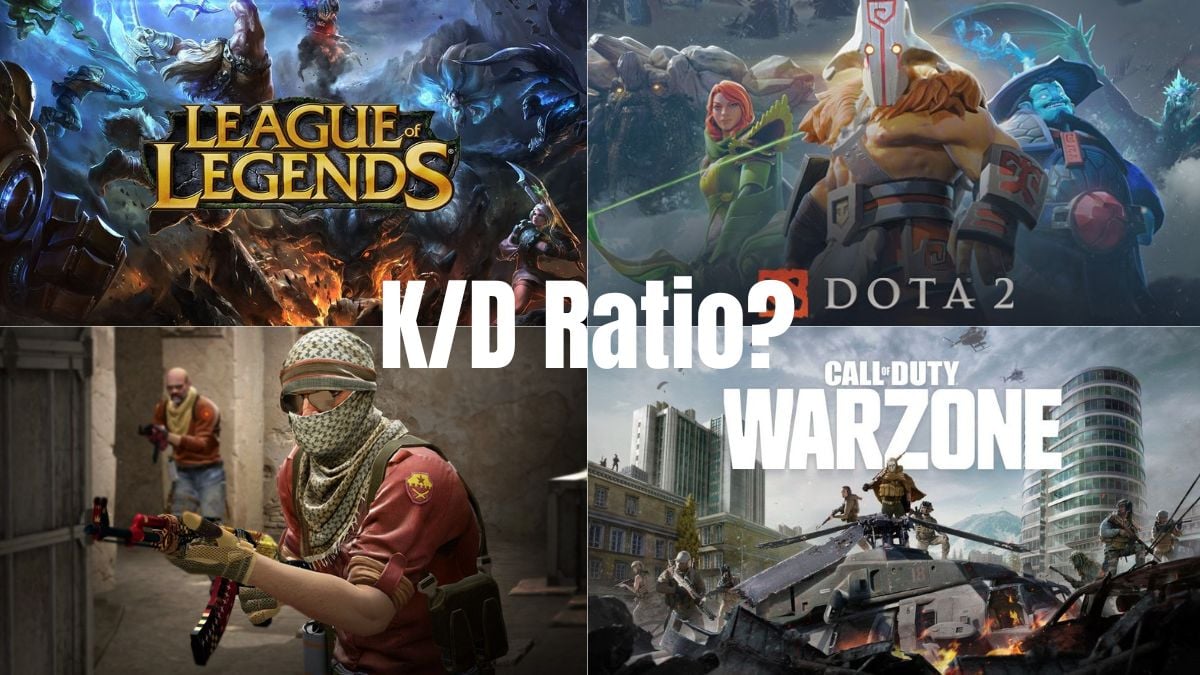