Lincoln Lawyer is one of the most intriguing series that you can watch on Netflix if you love legal drama shows that allow you to take a look at what happens in the courtroom in a more dramatic sense. The series follows the story of Mickey Haller, a lawyer that inherited the cases of Jerry Vincent, who was murdered at the beginning of the series. One such case involved a high-profile client named Trevor Elliott. So, in that regard, who killed Jerry Vincent, and what happened to Trevor Elliot?

Jerry Vincent was killed by a hitman named McSweeney, who was paid and ordered by Judge Mary Holder, the very same judge who passed on Vincent’s case to Haller. Meanwhile, Trevor Elliott was proclaimed not guilty by the juror after his trial but was killed by Carol DuBois after the trial.

One of the most interesting things about The Lincoln Lawyer is that it allows us to get to know more about the justice system in the US and how lawyers tend to skirt around it to win cases. In that regard, Vincent and Elliott were both involved in a high-profile case but were killed because they simply angered the wrong people. And that’s where we look at what really happened to them.

Table of Contents show
Who Killed Jerry Vincent In The Lincoln Lawyer?
Why Was Jerry Vincent Killed?
What Happened to Trevor Elliott?

Who Killed Jerry Vincent In The Lincoln Lawyer?

If you are into movies and shows that are about the legal profession, then one of the most interesting Netflix series that will surely have you binging through an entire ten-season episode in one weekend is The Lincoln Lawyer. This is a series that is based on the books of the same title and follows the story of the titular Lincoln lawyer character named Mickey Haller, who is known to drive in Lincoln cars.

The series opens up with a lawyer named Jerry Vincent, who was killed in the parking lot of the building where his office is. However, the assailant was never revealed. After that, Haller gets a call from his assistant and ex-wife, telling him to go to the chambers of Judge Holder for reasons unknown.

After meeting with Holder, Haller realized that Vincent, a friend, and colleague in the legal profession, was killed. But the icing on the cake was that Jerry Vincent left his entire legal practice to Mickey Haller, who inherited all of his cases as a lawyer. One such case involved a high-profile murder accusation against Trevor Elliott, a millionaire video game designer.

Vincent represented Elliott in a murder involving his wife and her lover. However, he was killed before he could even come to court for trial to present evidence that could prove that Trevor Elliott was not guilty of the crimes he was charged with. And now, it was up to Mickey Haller to prove that Elliott could not have killed his wife and her lover. But who killed Jerry Vincent during the opening scenes of the series?

The one responsible for Jerry Vincent’s death is a man named McSweeney, who has a background in the military but has since become some sort of a hired hitman. McSweeney was also juror no. 7 during the jury selection. However, he fled his jury duties when it came to Judge Stanton’s attention that the jury had been tampered with. It was discovered that McSweeney was planted in the trial by none other than Judge Holder, who had a hand in jury selection because of her position.

So, in a sense, while it was McSweeney who killed Jerry Vincent, the one who hired him to do so was Judge Mary Holder herself. And this goes back to the very essence of what Holder had been secretly doing with the power that came with her position.

Why Was Jerry Vincent Killed?

As we have established, the one who was responsible for Jerry Vincent’s death in The Lincoln Lawyer is none other than McSweeney, who was hired by the presiding judge herself, Mary Holder. But why did Judge Holder order McSweeney to kill Vincent?

It was only in the final episode that everything made sense to Mickey Haller after his private investigator, Cisco, discovered information that connected McSweeney to Mary Holder. And this took place after Trevor Elliott had already been proclaimed not guilty.

When Haller was on his way to a fake call involving his driver, Izzy, he was ambushed by McSweeney himself, who was ordered to kill the Lincoln lawyer. Luckily for Haller, the police had been keeping an eye on him and were able to arrive on time to save him. However, a surprised McSweeney fell off a cliff and died. After that, Mickey was able to put together the pieces that tied McSweeney to Judge Holder.

It made sense to Haller that Holder was tied to McSweeney when he was the one who sent the anonymous tip to Judge Stanton regarding jury tampering and when McSweeney had fled jury duty before the judge had a chance to dismiss him. Stanton told Haller that he had consulted some of his colleagues regarding this, and that meant that he told Holder about McSweeney being a paid juror. As such, Holder was able to warn McSweeney before Stanton could order his arrest.

Going back to Jerry Vincent’s death and why Holder ordered him dead, Mickey Haller made the assumption that Holder and her husband were using her position as a way to influence the jury before jury selection so that they could make a business off of it. After all, it was easier to hide a juror getting paid off before they were even asked for jury duty, and Holder could influence who could be asked for jury duty because of her position as the presiding judge.

As such, Vincent’s death was necessary to Holder so that Elliott’s chances of winning the case would be higher with McSweeney as a juror. Had he not been killed, his request for a continuance would have been granted by Stanton, and that would’ve warranted an entirely new set of jurors.

What Happened to Trevor Elliott?

Of course, the central figure that tied all of the different personalities together in The Lincoln Lawyer is Trevor Elliott, the rich video game developer that was charged with the murder of his wife, Lara Elliott, and her lover, Jan Rilz.

Throughout the entire series, Trevor fought hard to convince Mickey that he was innocent. He went as far as telling him that he had never owned and held a gun before and that he loved Lara so much that he was willing to forget about her infidelity. However, things didn’t always look the way they seemed.

After Haller learned about the bribe, he was willing to drop Elliott’s case. However, Trevor told the lawyer that the money he had in his company was from a Russian mobster who funded him. He told Haller that the Russians would tie loose ends up by killing him and his family if Elliott were to lose the case because a lot of money was tied to the possible sale of the company.

Haller worked with that information and even allowed Elliott to testify in front of the jury so that he would also prove himself innocent to the public and not just in a court of law. But everything turned out to be a lie after Trevor had been deemed not guilty by the jury.

The truth was that Trevor Elliott had lied about everything he told Mickey Haller. This included everything about what he felt about his wife and about the circumstances surrounding her death. It was Elliott who killed his wife and her lover all along but was able to hide the evidence quickly using his drone, which was fast enough to dump the gun and his bloody clothes in the ocean.

Trevor killed Lara because he was afraid of losing half of what he could’ve gotten from the sale of his company. Lara was already tired of living in the shadow of Trevor, who used her skills as a developer to improve his name without even giving any credit to his wife. As such, Lara was about to divorce him, and that prompted Trevor to kill her.

However, after a major announcement involving the sale of his company, Trevor Elliott was shot to death by Carol Dubois, a woman close to Jan Rilz, and was sure of his guilt from the very first day of the trial. Dubois didn’t know whether or not Elliott was indeed guilty, but she still killed him out of revenge.

This was something that Detective Raymond Griggs called a brass verdict, which is basically when a guilty party is deemed not guilty by the jury but ends up getting killed by a vigilante. In that regard, Trevor Elliott became the very victim of the flawed justice system that he sought to circle around in the first place. 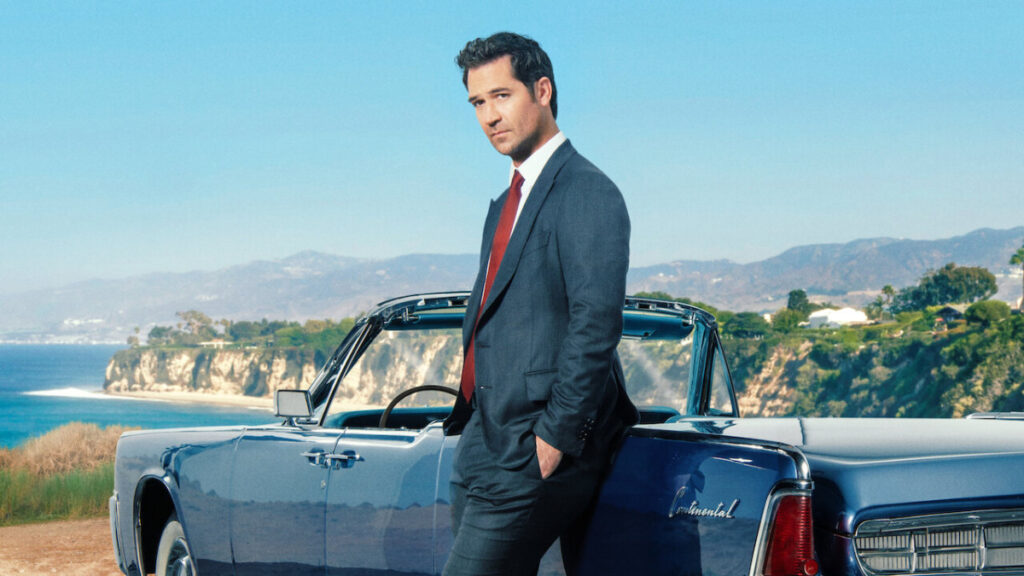 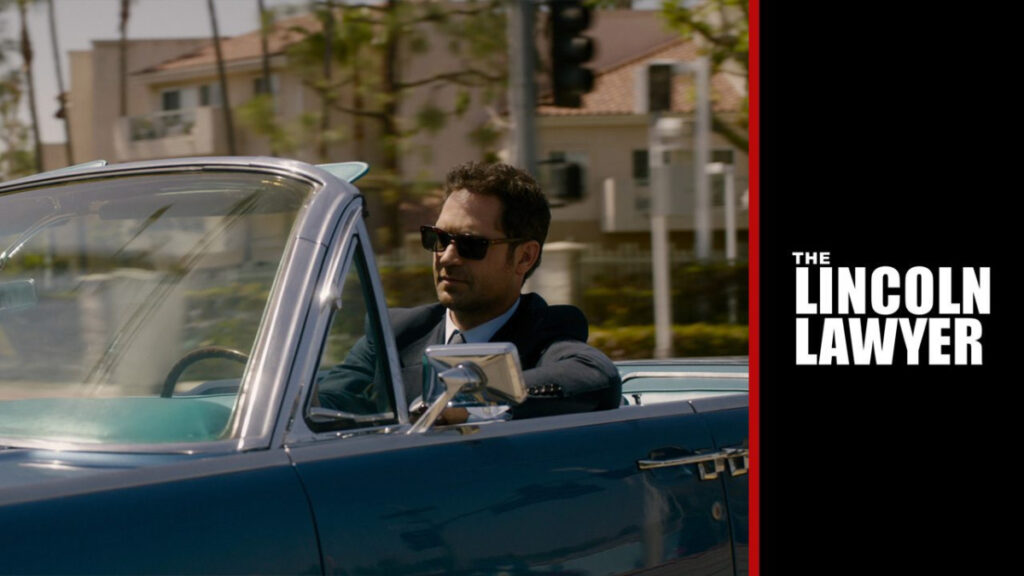 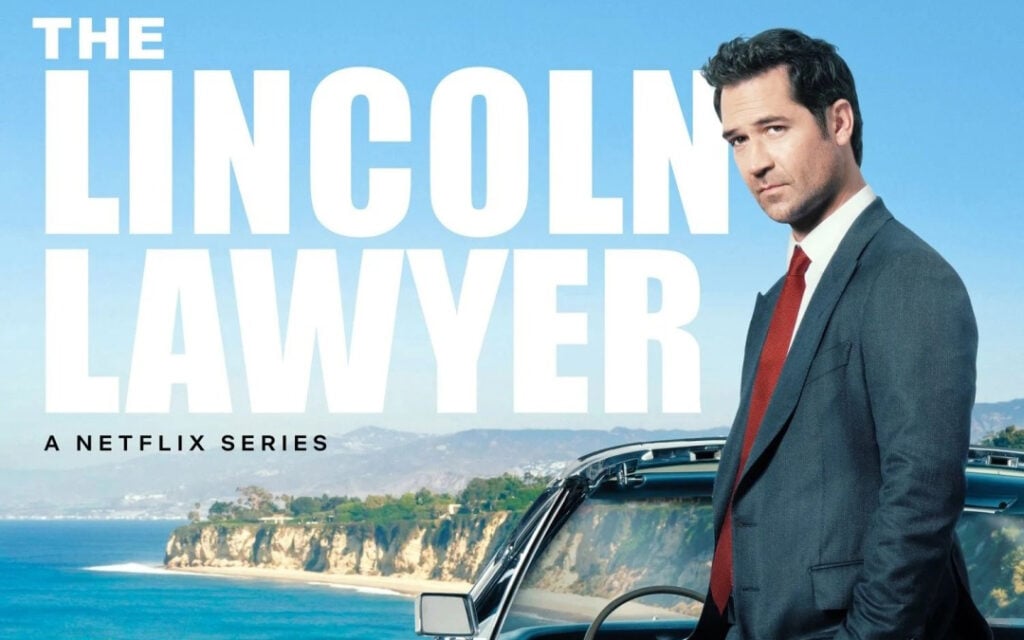